There are deals… and then there are mega deals.

When Jamal Reimer was a rookie salesperson, he couldn’t even begin to imagine closing a $10 million deal. Fast forward to today, and this strategic account manager at Oracle underwent a massive mindset shift, closed multiple $50,000,000+ deals, and created the Mega Deal Secrets Masterclass.

Tune in to learn Jamal’s insights on how to close mega deals, an uncovered topic of discussion for the Hey Salespeople Podcast until now. 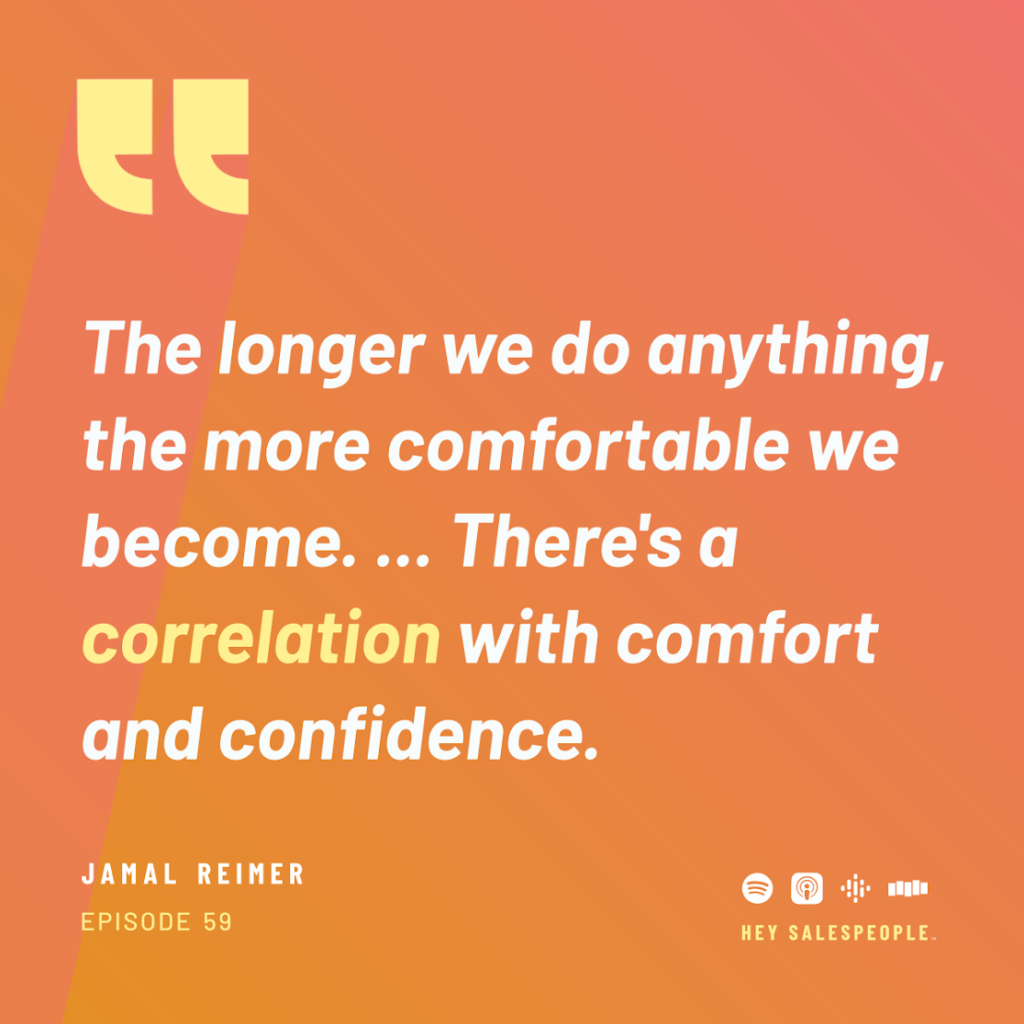 Jeremey: If you’re making the transition from, you know, selling deals that are in the hundred thousand dollars to million range or even below that and you want to transition into mega deals. What are some of the biggest things that you have to learn and do differently?

Jamal: There’s a number of shifts that I had to go through. Some of them, I saw them while they were happening and others I just kind of looked at them in hindsight. A lot of it is just a mindset. The first time that my mindset was really challenged around how to do these really large deals was when I was a rookie, my first year at Oracle.

There were a couple of people who were just absolutely smashing it, you know, they were senior reps, they’d been around a while. And where most of us were doing anywhere from half a million to a million and a half in revenue per year, right, throughout however many deals we were going to do.

These guys were doing not only over a million, but one of them was doing over 10 million, you know, pretty much 10 x what the typical rep was doing. I just couldn’t get my head around it. I was like, there it is, that numbers there. And she won, you know, rep of the year, but I just hadn’t. How do you?

How do you even conceive of something like that? Is it some kind of pixie dust that she just puts on her customers? And they just say yes to these, you know, numbers with zeros and zeros and zeros behind them? So I would say the first thing is really a mindset.

Jeremey: Is it kind of like a belief that this number is not a big deal?

That’s plenty of a barrier right there if you’ve never done it, but the other mindset is, how do you shift away from whatever world you’re in and you kind of move into this other world and the analogy that I like to use the most is, you’re in one mindset when you go fishing, you know, you use a fishing rod and you catch a fish.

You’re in a very different mindset when you go whale hunting. Right. You know, the indigenous peoples in the northern climes, they band together as a tribe as a group, you know, as a hunting party, and they go out and they bring home, you know, one whale that feeds the family for an entire year. There are very different mindsets. You know, you can’t catch a whale with a fishing pole.

Jamal: Oh, definitely, when you’re an individual sales rep selling deals at you know, 50K, hundred K, 500K. In my experiences, it was typically me and my pre-sales engineer, my solutions engineer, and we’d ride out into the field together and go get these deals done.

But then when you get to anything over 1,000,00 and 5 and above, then you need some more players. You know, you need other specialists and definitely the higher you go, you start to work with executives, both your own and the customer executives.

Jeremey: On the executive alignment, who are the types of executives that you pull in? I guess it’s kind of depends on the nature of the deal.

Jamal: Definitely. One thing that I like to do is you probably know the old saying, it’s always good to build a well before you need it. I’d like to build relationships with people on my own team, people in my own management chain, people above or on the side of my own, you know, I’m in one business unit at a really big portfolio company. So I try to get to know and add value to people who I would also love to work within sales cycles.

That’s the best voice to put in front of the customer. And other times it’s simply the person that can deploy the most resources to make the customer feel reassured that whatever happens, they’re going to be in good hands. It’s all very choreographed. You know, you bring one in and then they’ve done their bit and then they finish then you bring someone else in.

Maybe even the first person back again for an encore depends on the story you’re, you’re weaving.