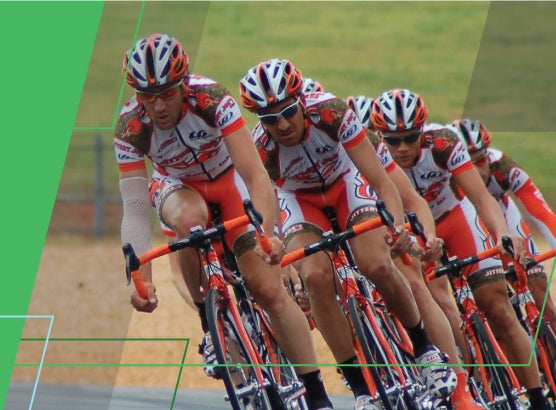 Close Deals Like a Pro Before the End of the Year

It’s hard to believe, but we’re finally in the last month of the 2016. The Thanksgiving leftovers in your refrigerator are all eaten, your family has gone back to their respective homes for the next few weeks, and you’re just waking up from your tryptophan-induced food coma from last Thursday. And if you’re anything like this polar bear, you’re probably still bleary-eyed wondering what everyone is running around the office for…

Well, wake up, sales pros: you only have two more weeks to close deals before the end of the year!

“But wait a minute, it’s only December 2nd, I thought I had a whole month!” you may be thinking. But unfortunately, when it comes to realistic sales expectations, December 16th is likely your deadline to get those last year end contracts and close deals in before Santa Claus comes to town. Think about it: This isn’t our first last quarter of the year, and each time it’s the same. Your chances of getting a deal pushed back to Q1 of 2017 is going to increase dramatically come December 19th.

So what can you do between now and then to ensure you close deals as much as possible? Here are a few tips to help keep that pipeline flowing right up until the last selling days of the quarter:

1. Don’t Let the Holidays Slow You Down

The only thing that got thinner last week was your office last Monday-Wednesday. The holiday travel and family excuses start setting in, and the mindset shifts from a hustle and grind beginning of Q4, turning the office into a sudden disappearing act in the final scene.

But just because something is common doesn’t mean it should be fact. Keeping the hustle going isn’t automatic, it’s an active mindset shift. Knowing you only have about two handfuls of selling days left to close deals should embolden you, not slow you down. So take a moment to remind yourself (and your teammates) that this is the home stretch, so time to buckle down and sprint.

2. Push Back on the Brush Off

Your office isn’t the only one showing signs of holiday lethargy — your prospects’ probably are as well. “Let’s talk about this after the new year,” is going to be your most common objection this month, but don’t shy away from it. Push back.

Take that moment to focus on the next steps and pick a specific time to talk again, right then and there. Making vague statements about future conversations and leaving the follow up to chance will only cause all of your hard work from the last few minutes of cold call magic to go down the drain. “Let’s put 10 minutes on the calendar to chat tomorrow to see if this is something we can lock down this quarter,” might be all it takes to close deals before the end.

3. Don’t Throw Your Hand in the Discard Pile Just Yet

Discounts are a wonderful thing. They provide leverage in negotiations and they push teetering deals those last few yards over the finish line. So why throw them all into the wind right before the close of quarter?

Sending mass blast emails about discounts is just reminiscent of all those Cyber Monday emails still lingering in your inbox, and even slightly desperate. And you know what’s not attractive to your prospects (or anyone)? Desperation. And manufactured scarcity. So cut it out with the “Last Call for Contracts” and “Best Offer Ever” subject lines, and stick with what you know: sincere sales conversations that close deals.

I’m not saying that come December 19th and on it’s a free-for-all, but if you’re keeping that earlier deadline in mind to get down to business, you’re going to be way better off than the competitors who are throwing in the towel before the race is even over. Use these strategies to make the most out of these next couple of selling weeks to close deals, and you’ll find that more people are willing to sign that contract by end of quarter than you originally thought. So don’t be afraid to ask.

Want some help supercharging your Salesforce usage to close deals this month? Check out the complete ebook kit of the Sales Engagement with Salesforce. Three in the series, find the one that works best for you and download your free copy today!