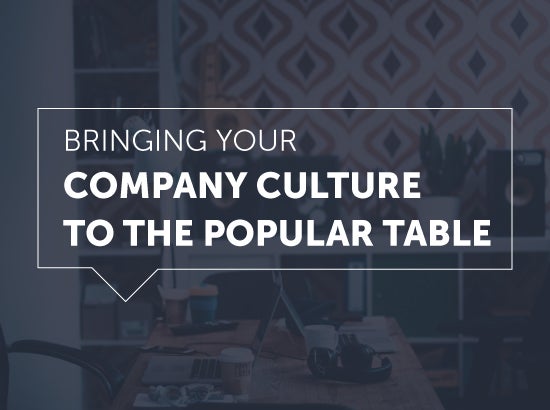 Being positive isn’t always the most popular choice, especially when it comes to company core values.

In high school, the “cool kids” weren’t the ones raising their hands in class, coming to practice prepared, and standing up to bullies — they were the bullies. They were the ones rolling their eyes at teachers and scoffing at the kids doing the “uncool” thing: being positive, supportive, and self-starting.

We’d all like to say that those archetypes dissipate after high school, but the unfortunate truth is: they don’t. The battle of introducing a fundamental focus on culture in the workplace is a constant one, and it isn’t always met with acceptance and popularity.

Culture awareness in the workplace is a relatively new concept — at least to the SaaS community. And like most companies past, culture is an afterthought — bait to lure “good” hires, but never really practiced. The likely reason? It’s hard to do.

Keeping culture at the core of your company takes repetition, devotion, and a central focus on the values of each and every member of your team, at all times. Here at Salesloft, we have five core values:

These values are like our personal Pledge of Allegiance, repeated day-in, and day-out, at every single weekly company lunch, and on every stage we take. But this isn’t for effect — repetition is the key to instilling important thoughts, missions, and values into yourself and your teammates around you in a way that lasts.

And while we may hire by those core values, but it’s not just that one moment that determines a teammate’s cultural fit. The most challenging aspect of maintaining a healthy level of cultural balance within the workplace is the ability to keep a constant pulse of those core values over time.

Core values emerge in all sorts of workplace (and personal) situations, and as employees get more and more entrenched into their roles and projects, the more opportunities arise to show their true colors. Patrick Lencioni’s 5 Dysfunctions of a Team gives a few pointed examples of those situations where an employee’s core values can shine through:

These moments may not feel like the best place to find someone’s strength, but when an employee takes the moment to recognize these moments of distrust, fear, and avoidance, and turn them into a positive situation, that’s when the real leadership magic happens.

Being positive in a negative situation is not naive. It’s leadership.” – Ralph Marston

But the most encouraging moments are unsolicited — when those core values shine through during selfless, sincere behavior. A few months ago, as the Salesloft team continued to grow, so did our need for more common area seating. That’s when two Rainmakers stepped up — Account Executive Chris Smith and SDR-turned-AE Patrick Tracy — and decided to build a table for the office.

The process took a few weeks, pulling time from both workdays and evenings from the two, but despite the extra work, they continued to excel. They excelled in their performance, continuing to hit their numbers and surpass quota. They excelled in the eyes of their teammates, literally putting their own hands to work to serve and support the Salesloft team. And they excelled at continuing to prove that the mission of bringing culture to the popular table is one worth striving for as a company. 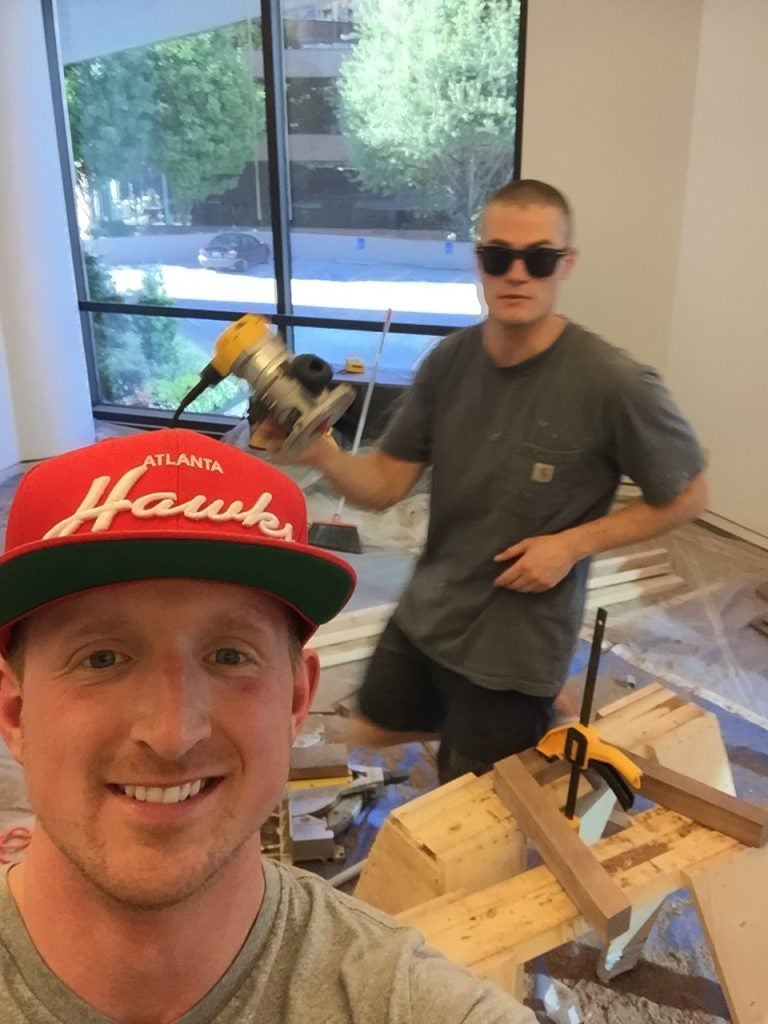 The result of that hard work was more than just a table. What Chris and Patrick built in those weeks was a symbol of what Salesloft is trying to do for the Atlanta technology landscape, and the lives of the people who work for and with our company: to create a platform built on positive, supportive, and self-starting core values, and bringing culture to the forefront of company DNA.

“For the best sales development leaders, or leaders in any field, the focus is on service,” says Salesloft CEO Kyle Porter. The early years of a sales organization is the best time to explore this outlook in order to accelerate contribution to their organization and set their company on the brightest path. But it’s never too late to develop the skills needed to excel — an exceptional level of empathy, customer obsession, and, above all else, the heart of service — to succeed. “Whether innate or learned, that heart of service is what creates the unstoppable force of a sales development leader, business person, and human being as they relate to their customers.”

It’s a heart of service that leads the best to put the needs of others first.”