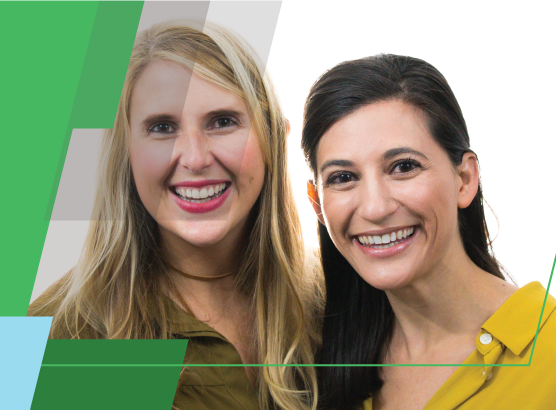 The sales career growth of a Sales Development Rep can go a multitude of ways, but it most naturally points in the direction of the Account Executive, if it’s within a modern sales organization. While Sales Development Reps occupy an interesting space in most companies — often viewed as “entry-level,” or even “churn-and-burn” type roles — that perception has recently evolved into a more progressive idea of sales career growth.

A big mistake traditional companies make is a lack of investment in the sales career growth of their SDRs. Despite the obvious, being that they end up churning the employee and heading back to the drawing table for another rep, companies who don’t value the importance of the learning that occurs during the SDR career are missing out on what could be your most experienced and successful veteran members of the sales organization.

Both Angela Kirkland and Jordan Arogeti are prime examples of this concept. The two came into Salesloft as newcomers in the sales development role, and over the course of about 18 months, they’ve both made the transition into the role of an Account Executive at Salesloft. Watch the video below to learn more about their sales career growth and the tips they’ve picked up along the way:

Hey, there, Jordan Arogeti from Salesloft. Today we also have my friend and colleague, Angela Kirkland — Hey, I’m Angela — who we both just made the transition from SDR to AE.

So I moved over to AE role after about 14 months of being an SDR here at Salesloft. It was a great journey. I started on the SMB team, and then moved to the mid-market role, and then now I’m starting all over again at the bottom here as an SMB AE, but I’m really excited. I was really nervous about the journey.

So the first thing we wanna talk about is mindset. As an SDR, it often takes a few calls, maybe a few emails before you set that demo. As an AE, it takes multiple attempts and multiple buyers in order to get a closed deal, which is a totally different mindset. So you have to kind of find a new way to define success to keep you going and to stay positive.

As an SDR, you are more in control of your quota. Your activities directly correlate with the number of meetings that you can schedule. As an AE, sometimes those are a little harder to manage. Not only the amount of calls and emails can you send can correlate with sometimes why people actually buy. So it’s really different to get someone to show up for a meeting, then to actually sign on the dotted line and pay you for your solution.

Additionally, you’re no longer in control of your calendar. As an SDR, you can plan out every hour of your day. As an AE, you don’t have that advantage. You’ll have meetings being put on your calendar, so you have to be quick on your feet.

The second thing we wanna cover is involvement. As an SDR, you only see one scope of the deal at the very beginning. As an AE, you see it through the entire way.

CEB states that the number of potential B2B stakeholders involved in the deal now is 6.8.

And this means you’re dealing with probably around seven different buyers on the account side of things. So it’s just a different mindset, a different way of looking at sales. You have to balance the highs and the lows, because again, what feels right at the very beginning may not feel as strong or as positive towards the middle of the deal.

Lastly, we know that sales is all about trust. In order to build that trust, you have to have phenomenal discovery. As an SDR, we say that you go to level one. Kind of understanding the technical aspects of why they’re willing to give you their time. But as an AE, you have to take it a level deeper. Actually, two levels deeper.

Level two is getting the understanding of what’s the impact on the business? How is this affecting the business? What if you guys were to keep doing things the way they are today? What does that mean for your organization?

Thanks, sales family so much for spending some time with Jordan and I. I think it’s only appropriate that we did this sales tip video together. We’re like the two little dancing emojis attached at the hips that are dancing along the way, and we’ve had a great dancing journey here at Salesloft, and hopefully we were able to provide some value to you guys as you go through a similar transition.

Stay tuned for more SDR TV episodes of Sales Tips and more. We’re here to deliver you content that fuels your modern sales process, so subscribe to the blog today to make sure you never miss a post!