Overrun with an abundance of software providers on the market, many sales teams are struggling to drown out the noise around which products are best to maximize value and minimize overhead. With so many different tool stacks to choose from, knowing what will work best for you and your team can be a difficult and cumbersome process.

Facing similar challenges, Chuck Jones, Sales Manager for Americas at Deputy, asked himself, “How do we get visibility across all these tools to confidently prioritize our pipeline to know what’s working?”

“[Because] SalesLoft speaks to Salesforce.com as well as it does, we’re able to push information into a hot follow-up cadence or call cadence based on the things we’re doing throughout the trial process.”

Deputy’s sales team found they were managing between 1500 and 2000 trials per month. With such a high volume of activity, any sales team would be challenged to effectively manage so many trials with potential customers. To overcome these challenges, Deputy needed to have the right cadence in place, and incorporate automation rules to notify each rep of what to do next. Team leaders, reps, and management also needed full visibility across the process.

“Our efficiency in making sure we’re doing the appropriate touches that we know to be successful, with that speed to lead concept, has [dramatically increased] because of automation and triggers. We’re able to do that with the SalesLoft product.”

Speed to lead is only one aspect of driving pipeline. This begs the question: are these quality leads or just a large quantity? With 90% of their pipeline coming from inbound leads, Jones finds using an account based approach is imperative to building relationships with prospect accounts and pinpointing high-quality leads.

When engaging with so many different industries spread across the small to mid-size business community having the proper messaging across all these verticals can be a blocker to both speed to lead and personalization at scale. Putting all leads into the same cadence means you are either not leveraging personalization at scale or you’re spending too much time hyper personalizing every touch. Knowing when to push a lead into a new cadence at the right time increases a rep’s chances of closing, as he or she has more informed research on who the contact is and where they are in the buying journey.

“Once a [person gets introduced to an account executive] we know we’re speaking to that specific vertical, we can [track that person] into a different cadence,” says Jones.

These cadences didn’t just create themselves, however. Jones and his team paid close attention to what did and did not work. They then coached the team on these best practices, pushing each rep to improve continuously.

“Depending on the vertical that you’re selling into… everyone has unique pain points and their own process. You have to know how to navigate through those different conversations, but with the right training that’s what we’re able to do.”

Training and coaching his team is an important step in prioritizing pipeline. For Jones, Live Call Studio has been an essential feature. It helps ensure the team is prepared to ask the right questions and direct prospects to a set of functions or a setup that will provide the most value to their business. By being able to listen to calls with Live Call Studio, “call coaching becomes part of our culture, which is something that’s important to us. Live Call Studio has been super critical in the last year.”

An equally important priority for Jones was providing his team with solutions to help them connect with more prospects without sacrificing personalization. For Deputy, traditional text-based emails failed to create a meaningful connection with prospects. Jones leveraged native tools, as well as those provided by SalesLoft’s growing community of integration partners to enable a better sales experience.

A solution that has helped Deputy improve its one-to-one communications efforts is Vidyard, one of SalesLoft’s original and longest-running integration partners. With Vidyard’s native integration into the SalesLoft workflow, reps are able to create powerful, personalized one-to-one video messages. These customized messages are then easily delivered via email to prospects.

According to Jones, having the ability to quickly create and send personalized email messages has been a game-changer for Deputy’s team. They’ve enjoyed frequent positive responses from prospects who might normally ignore messages from their reps. SalesLoft and its Vidyard integration help SDRs and AEs connect with potential and current customers with greater success than they had with text-based emails in the past.

The team has reached a new level of confidence in managing their inbound sales pipeline. This has resulted in driving more pipeline and being able to forecast accurately. Sales now has the ability to unequivocally tell management that “each lead will have X amount of touches,” and that to assure that every trial is getting the appropriate number of touches to drive results.

“We’re looking [for that] 10-min window from when a lead hits SalesLoft and Salesforce.com to the first activity and, given that we’re using SalesLoft Dialer, we’re able to track that and pull reports that pushed back to that activity record.”

From that activity record, the cadence “automatically fires that first email upon the close of the call.” That automation frees the rep to get more done in a 24 hour period. Reps can rest assured that prospects are being engaged at the right time, which reinforces the relationship.

Harnessing the capabilities of a sales engagement platform such as SalesLoft, Jones and his team have been able to better prioritize leads; and with a renewed focus on cadence reach the right customers at the right time.

“It’s very much attached to our success. Without a tool like SalesLoft or more explicitly SalesLoft itself, I don’t know that I would move on to the next phase of my career.” -Chuck Jones, Deputy

Deputy was founded in Australia in 2008 after Steve Shelley asked Ashik Ahmed to develop a solution to his own business problems. The software soon became Steve’s “deputy” in the day-to-day running of the business, and together, Ashik and Steve set out to expand the software’s capabilities for other businesses.

The company is growing by leaps and bounds. Last year Deputy announced $25M in series A financing backed by OpenView and today employs 140 employees across global offices in Australia, the UK, US, and the Philippines. 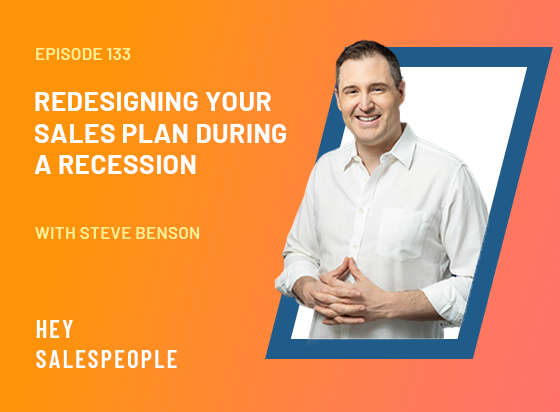 Podcast
Redesigning Your Sales Plan During a Recession with Steve Benson 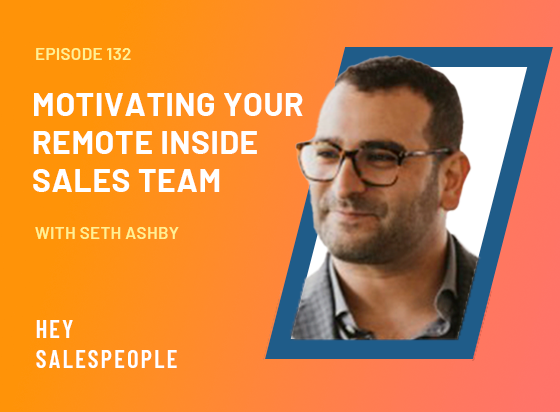 Podcast
Motivating Your Remote Inside Sales Team with Seth Ashby 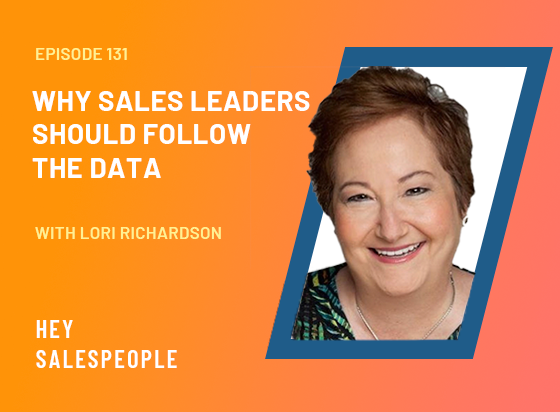 Podcast
Why Sales Leaders Should Follow the Data with Lori Richardson 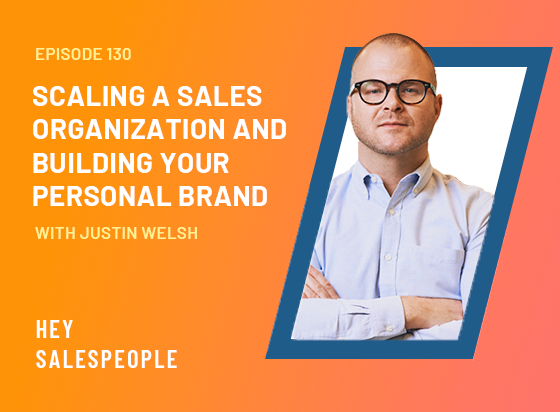 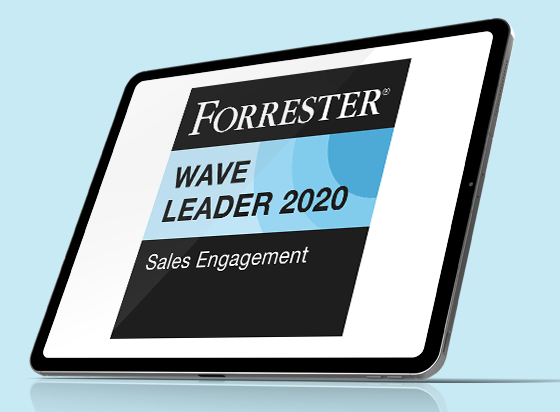 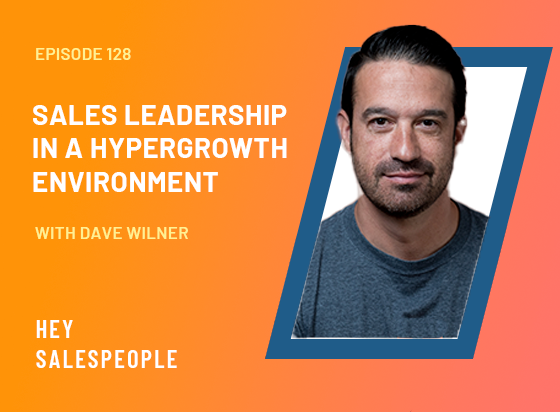 Podcast
Sales Leadership in a Hypergrowth Environment with Dave Wilner 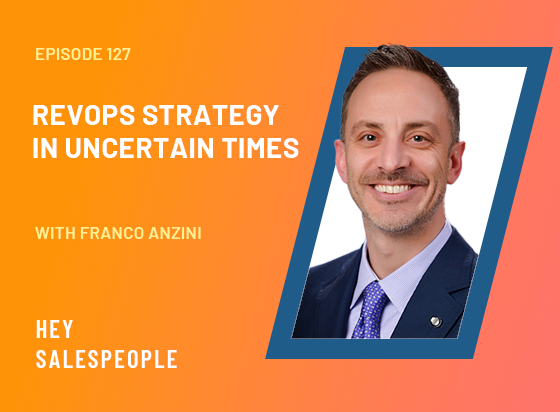 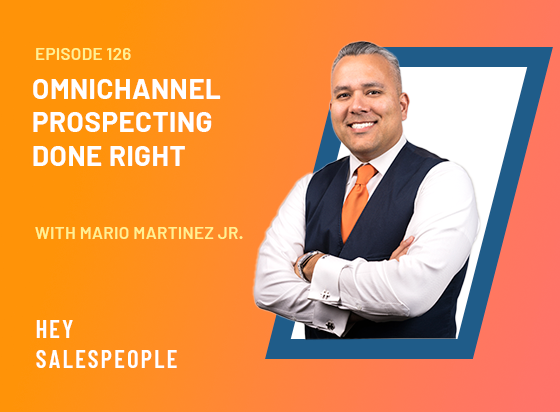 Podcast
Omnichannel Prospecting Done Right with Mario Martinez Jr.
This site uses cookies and other tracking technologies to assist with navigation and your ability to provide feedback, analyse your use of our products and services, assist with our promotional and marketing efforts, and provide content from third parties. Cookie Policy