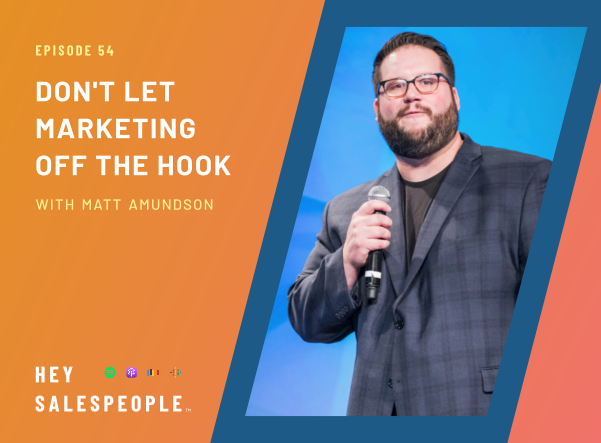 From his time at Marketo to his presence on LinkedIn and his current role as VP of Marketing at EverString, Matt Amundson is probably a name you have heard before.

What you might not have heard is his thoughts on data-driven prospecting and marketing, the new wave of data around intent, or the best way to get a hotel upgrade.

Listen to this episode of the Hey Salespeople podcast to learn all of the above! 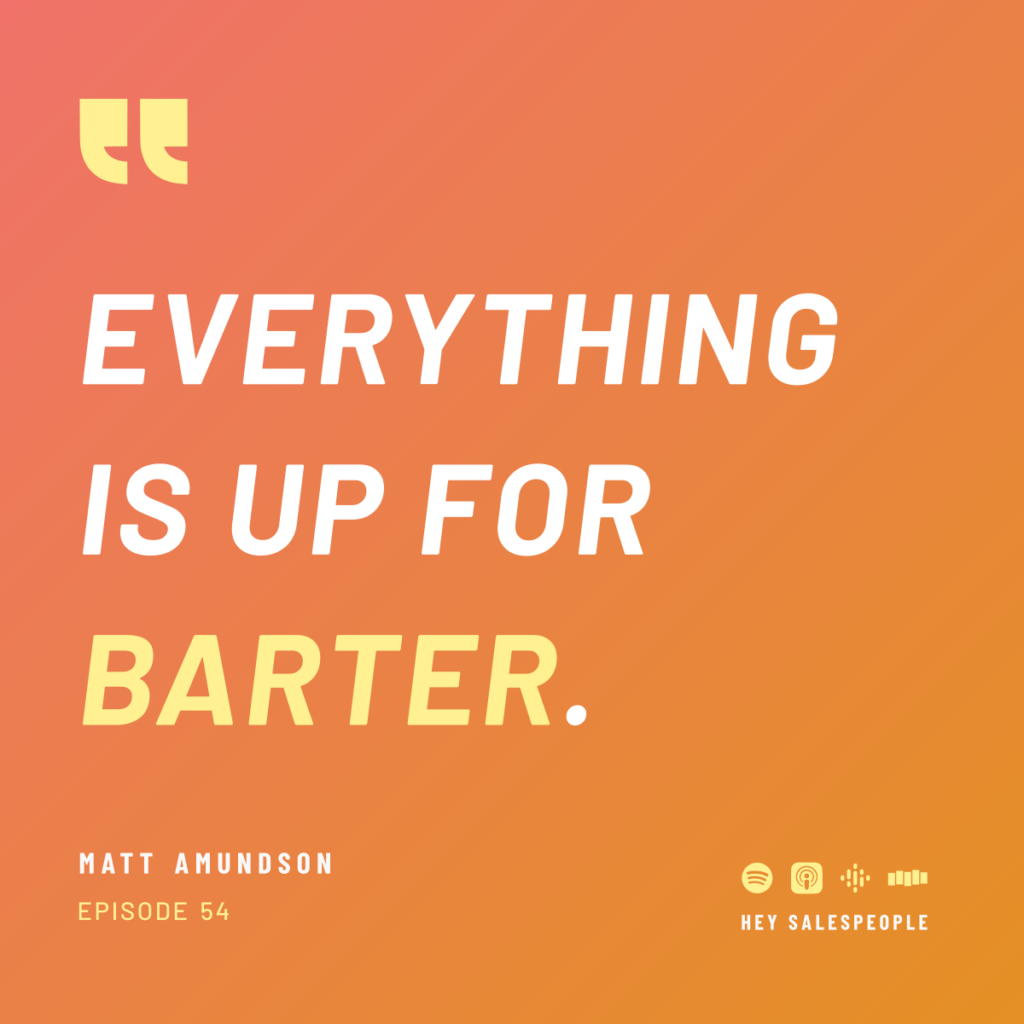 Jeremey: I often ask people the second question for people to get to know you. The first thing I remember selling, but I feel like I need to mix it up a little bit. So I’m going to ask what is your most unusual hobby?

Matt: First thing I sold? I’m just gonna answer your question even though you don’t want to ask it. Papers. I had a newspaper route. I think a lot of people who are in the business that are my age or around my age range often had newspaper routes.

What my most passionate hobby is, is actually mechanical wristwatches. I’m a big watch aficionado. I love that type of engineering that you don’t see that much anymore. You know, everything’s gone very, very digital and to have, you know something from basically a century past that exists on your wrist? It’s like a museum to the past in a way.

Jeremey: Well, we will shift back into the passion for business now. So we promised to talk a little bit about data-driven prospecting and data-driven marketing. That’s a pretty broad topic. Where do you want to start?

Matt: I spent the first seven years of my career working in food, beverage, and consumer packaged goods. I graduated from UCLA went right to work at Red Bull and it was an awesome experience.

The business grew from about 400 million to two plus billion dollars during my tenure there. And then I worked for a sunglasses brand company called Foster Grant, which is actually the largest retailer of sunglasses here in the United States. And then when I made the transition to Silicon Valley, I really lucked out with this amazing opportunity at a brand I think probably a lot of people know called Marketo.

And I started there initially as an SDR but quickly made my way to being an SDR manager and ended up running sales development across the brand. There were a couple of things about sales development and you know, 2011 and 12, that are very different than they are today.

Behavioral data was probably the most important indicator of buying intent that we had access to at that point in the b2b world.

Jeremey: Behavioral data being content that they were consuming, that sort of thing?

Matt: Yeah, content downloads, visits to the website, I always said that if a lead had downloaded a piece of content and then viewed our pricing page, that was probably the best combination of behavior that was indicative that that person would engage with an SDR and eventually book a meeting and talk to a salesperson and ultimately become a customer.

You know, I was sort of blown away and I think much of the b2b world was blown away by you know, the power of behavioral data that was being wielded and sort of put in the hands of marketers, salespeople, sales development folks, from brands like Marketo, and Eloqua, HubSpot and par.at the time and then you know, a lot just changed, you know, every brand just started to operate that way.

And behavioral data is starting to become less indicative of buying intent. And you know, I sort of long for what are the next pieces of data that could be out there. And one of the things actually, I discovered during my time at Marketo is this really, really bizarre indicator, and it was from the account, not from the person.

If the prospect worked at a brand that had a multi-color logo, they were about 100 times more likely to buy from us than one with a single color logo, which is kind of interesting and sort of led me into this quest to find a data provider that could give me more information not just on a person, but on the brand that they work for.

Jeremey: I imagine that the correlation on that one is that this company has invested money in a brand refresh that is more modern. I think Google was probably one of the more recent companies to really start that trend.

And then people saw that success and then began to redo their logos with that multicolor approach. Is that what you think is going on there?

Matt: I think is what was happening there for sure, having a multi-color or multidimensional logo, it says something it says like, hey, I want you to come to my website and interact, I want you to open my emails and take action.

The flatter single color logos were indicative more of not only where our brand was in its maturity curve as it related to marketing, but also, you know, the types of marketing that companies like that would do, you know, we often found when we engage with brands with a single color logo, their whole go to market strategy revolved around maybe four seasonal, big trade shows.

And they would do 95% of their business from those shows. And so, you know, they didn’t need to have this big digital presence. They didn’t need to always be engaging, they just knew their customers. Were going to come to see them at the trade show and buy, you know, their ice makers or their machinery for factories or whatnot. That was the entirety of their go-to-market strategy.

So for Marketo, obviously wanted to be working with brands that cared about engaging with customers on a regular basis, this data was there, but there was no way at the time to sort of quantify that. And then there was no way to do it sort of across an entire total addressable market to be able to filter out the bad versus the good.

And you know, the thing about Marketo in those days, we’re putting out such compelling content, a lot of brands do it still, even to this day, where you’re drawing in all these prospects that are outside of your CDP, or your ICP. And so you’re getting engagement, and then you’re sort of handing it off to your sales team. And your sales team is saying, Well, I’m glad that they read your, which Game of Thrones character are you.

But that doesn’t mean that they want to buy ERP software, you know, there needed to be this sort of the second wave of data that spoke to this person is a good lead, who works at a good brand, that sort of giving off signals that they’re looking to buy.