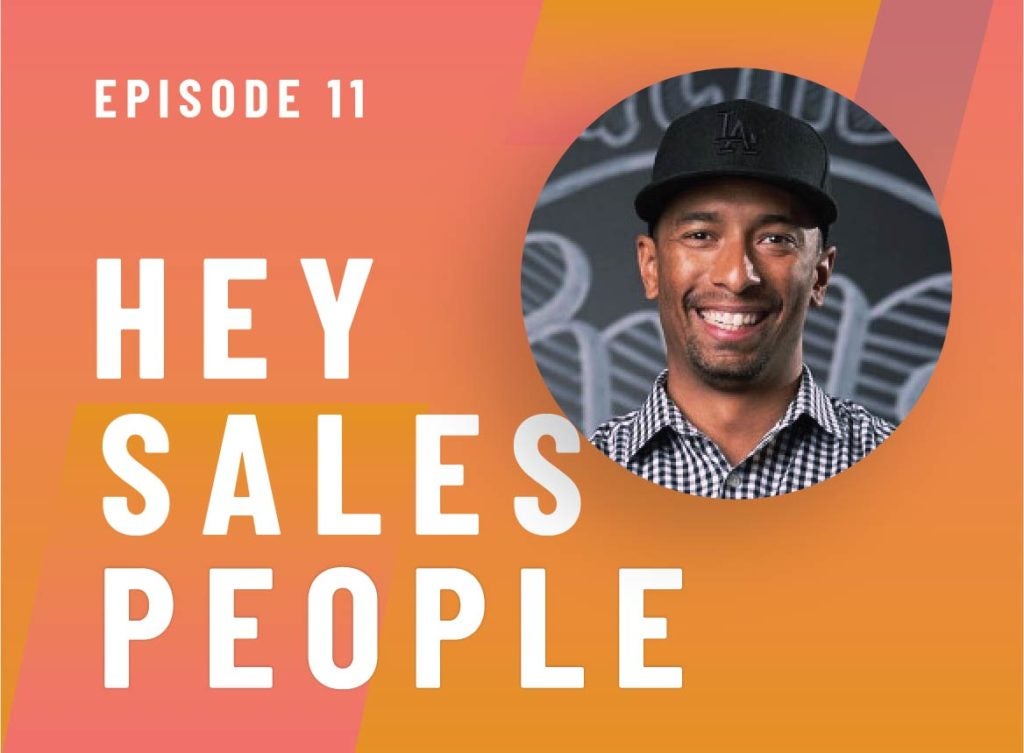 Kevin Dorsey is known for mic drops.  And big entrances.

In this episode of the Hey Salespeople podcast, PatientPop’s VP of Inside Sales has a very frank discussion with Jeremey about sales compensation. In short, he thinks we’re doing it wrong. Kevin and Jeremey dig into what’s broken in sales compensation, and how it has created lazy managers and pushy salespeople.

This conversation is sure to change the way you think about sales comp… or at least make you think harder about your philosophy. 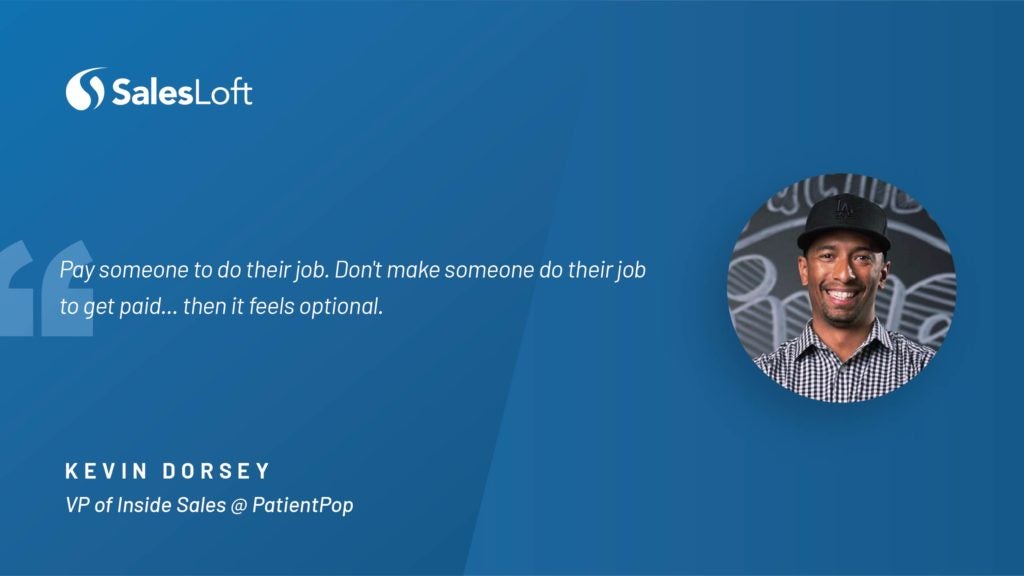 Listen here, and keep reading for some of the highlights from this episode.

Jeremey: It’s my pleasure to have as a guest longtime friend, Kevin Dorsey. I’m going to refer to him as KD. He is the VP of Inside Sales at PatientPop. They help good doctors get found by the patients that need them. So welcome to the show, Kevin.

KD: More and more I believe Commission’s are played out. I don’t believe that they actually create the behavior that everyone thinks that they do. I believe commission plans lead to lazy management, where managers are hoping that the comp plan gets the behaviors that they want.

It doesn’t allow reps to truly do what they’re supposed to do, which is sell in the best interest of the person they’re talking to. So I am really looking into how I can lower commissions increase bases because I think it’ll lead to not only better results, but also better culture better people better lives for the people on my team.

Jeremey: Why does a commission-based comp plan cause lazy management?

KD: The fact that managers are even afraid that their people would not behave the way that they’re supposed to that commission-based plan means they’re not managing their people. That lets me know everything I need to know. I said the same thing as at a conference about a year ago. People lost their shit, you could never do that.

What other profession pays their people like this, but also sees these results? If commission plans worked, if they got the behavior that everyone says that they do, why as an industry, do 40% of people not even get there?

Jeremey: They’re very outcome-based. Managers assume that you will do the right thing in the service of the end goal, which is booking revenue. But what would you classify as the right things to do?

KD: We can walk through them. Are they always making their dials? Are they adding enough people into their Salesloft cadences? Are they doing their training? Are they role-playing? Are they prepared for their 1:1s? All the things that go into a salesperson’s job.

Most managers spend most of their time trying to get people to do what they should already know how to do.

KD: For sure. That’s what the next step in this is – I will always pay for over performance. There are bonuses plans in place. If you’re overperforming, I’m going to pay you more than the person who is not. So it’s not that we just pay everyone the same. It’s that 50% of their pay isn’t based on just getting to their goal.

Jeremey: I think your top people are conscientious, they’re intelligent, they’re highly skilled. They care about their personal achievement; there’s that deep intrinsic motivation. They’re going to work hard no matter what.

Yes, everyone wants some money. But Jeremey, you’ve been in this game long enough to see how hard it is to get people to do the things they’re supposed to do that would lead to getting the money. People don’t make decisions off money. They just know they want a thing. The super successful woman on my team, she is money motivated. She is straight-up waking up every single day thinking, “how do I make as much money as possible?” And her behavior shows it.

Jeremey: Let’s say you do this. All of a sudden you shift from the commission + base to a lighter or commissionless plan. What’s to stop people from getting lazy? This is the big worry, right? If you make this change, how do you make sure you don’t fall off the rails in terms of your overall company hitting its performance targets?

KD:  If I walked out there tomorrow and took everyone’s based from 65 to 95, I hope they start to slack. I would love that because I’ll get them off my team. It means I don’t have the right people.

They can enjoy their job. In the past 16 years of my life, I have not woken up and know what my paycheck is going to look like.

THERE’S A LOT MORE AFTER THIS! Listen to the full podcast for more on value engineering and engaging a value consultant.