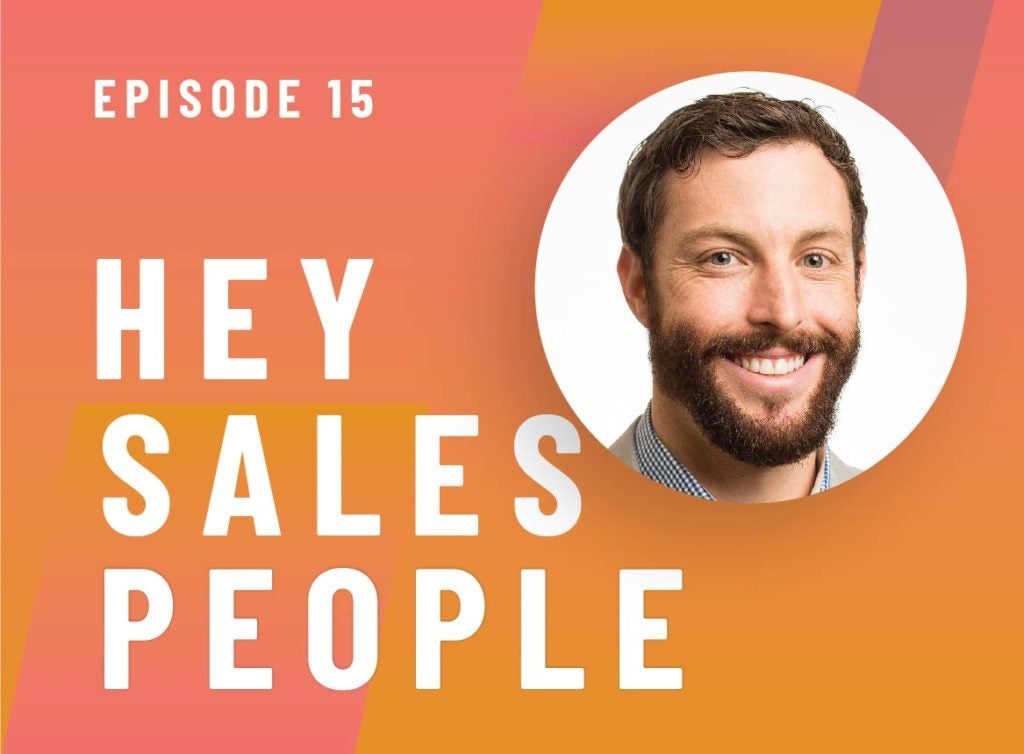 Steven Broudy, known for his impressive collection of Hawaiian shirts, is now Head of Sales at Bevy. However, as Steven describes in this episode of the Hey Salespeople podcast, he started his career as a Special Operations Sniper Team Leader in the U.S. Army.

Listen as Jeremey and Steven discuss how to build decentralized but empowered teams, the importance of approaching new jobs with a beginner’s mindset, and why creating a community of practitioners is so powerful. 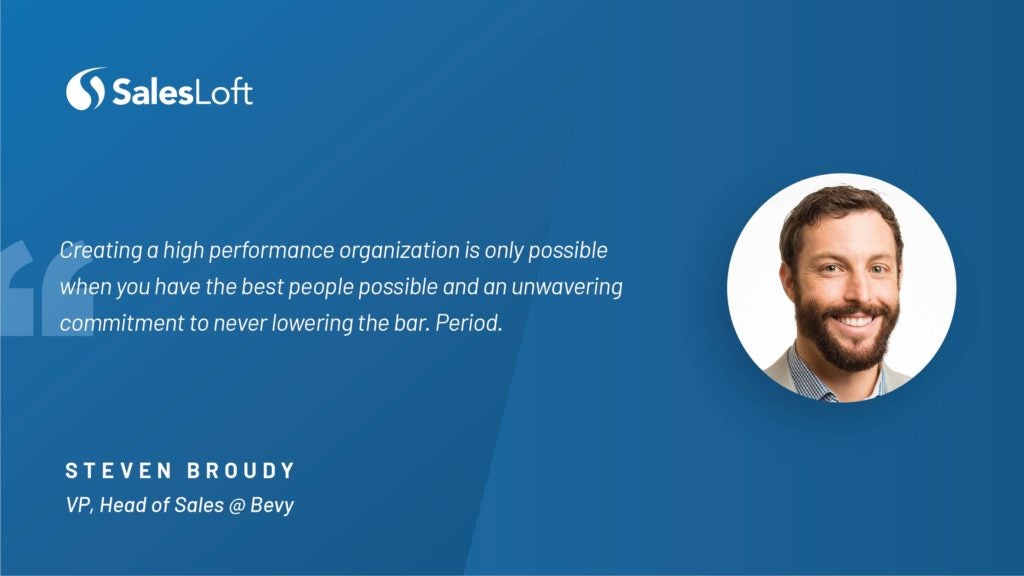 Jeremey: Can you talk a little bit about how building decentralized but empowered teams relates from the military world into the civilian world?

Steven: In SaaS, this model is sort of the answer to many of the challenges that companies face, whether it’s growing their community or empowering a global sales organization to drive effectiveness, and that is to drive a franchise model. If you look at a franchise model, what you’re really delivering is a core set of assets and training and support, but also frameworks and structure that ensure there’s continuity and brand integrity. But now you can go and disperse it globally and worldwide.

How special operations units operated was essentially each Ranger platoon or Delta Force troop was sort of a franchise and operated with that kind of autonomy. The maximum sharing of information and best practices that took a rigger around, putting in place and measuring adherence to certain standards… it took having the best people possible.

When you have all those pieces in place, you can drive that sort of franchised or federated model. It’s a lot more successful than a hierarchical model, which tends to just drive a ton of bottlenecks and sort of stymies people’s success, happiness, and autonomy.

Jeremey: I like to pull data and one of the data sets I pulled was success or failure of SDRs who had been hired in from different areas. I did get the signal through the noise that former military actually had a higher probability of success in sales. It may be kind of obvious why that is, but I’d love to know if you believe that’s also true. Why do you think that is?

Steven: I am a kid from the city of San Francisco. Even after three years on the line in Ranger Regiment, when they told me that I was going to sniper section, I had never even looked down the scope of a rifle. I had to bring like a true beginner’s mindset to what I did. And I think the applicability in sales is because I did that. I was better than all the kids who grew up in Alabama and tree stands shooting deer all the time because they had all these bad habits that they had to unlearn.

What I had to go and really understand is, how do I focus on core fundamental skills in order to be the best at my job? I think that probably dictates that people from that kind of background are more successful. They know how to learn and they know how to learn new skill sets.

There’s one other adage in Ranger Regiment which is, always know the job two levels above yours. That’s because literally like half your platoon can get blown up while you’re out hitting a target. You need to be able to step up and take charge. That dictates that you’re always focused on growth and progression. And I feel like the best salespeople, whether they’re SDRs or strategic field reps, have that sort of mindset.

Jeremey: You are saying that the best SDRs and field reps have the mindset of knowing the job two levels above them?

Steven:  Yes, and always focusing on how can they absolutely nail their core fundamental skills. The front of the funnel, discovery, really sets the pace for the entire sales engagement.

There’s all this data that substantiates that people tend to buy largely based on the sales experience and that experience starts on that first call. Yet the enablement and support that a lot of organizations give to SDRs who are not only the talent pipeline for their organization but are literally the first face and voice that customers see and hear is lacking. It’s sort of sad.

Jeremey: As a person progresses in their first 18 to 24 months as an SDR, I have found that you have to be willing to potentially lower their quota in order to free up time for them to build those other skills, either on the job by shadowing field AEs or inside sellers or by participating in more formal sales training.

Steven: Yeah, and I take it a step further. What I was personally tasked with is building out the full cycle role so that people had a low-risk way to bridge from being on the account development team to being a field sales rep.

The reality was one of the challenges initially is, alright, if they’re going full cycle, we understand that you know that they’re learning the job. But as a regional sales director or VP, I don’t want to take on their quota. I don’t want to be held to the fire when they don’t deliver. On the flip side, we want them to be able to go through this bridge and go through it with this sort of understanding that they might fail.

We literally pulled them off the line where they went through this progression of slowly going through shadowing to actually doing full-cycle sales to actually going and closing deals before they were officially field sales reps. What’s amazing is that people who went through that pipeline radically outperformed the people who just sort of did the traditional, ‘hey, let’s shadow and, you know, maybe I work a few deals.’ There’s an understanding that I’m going to be in this role.