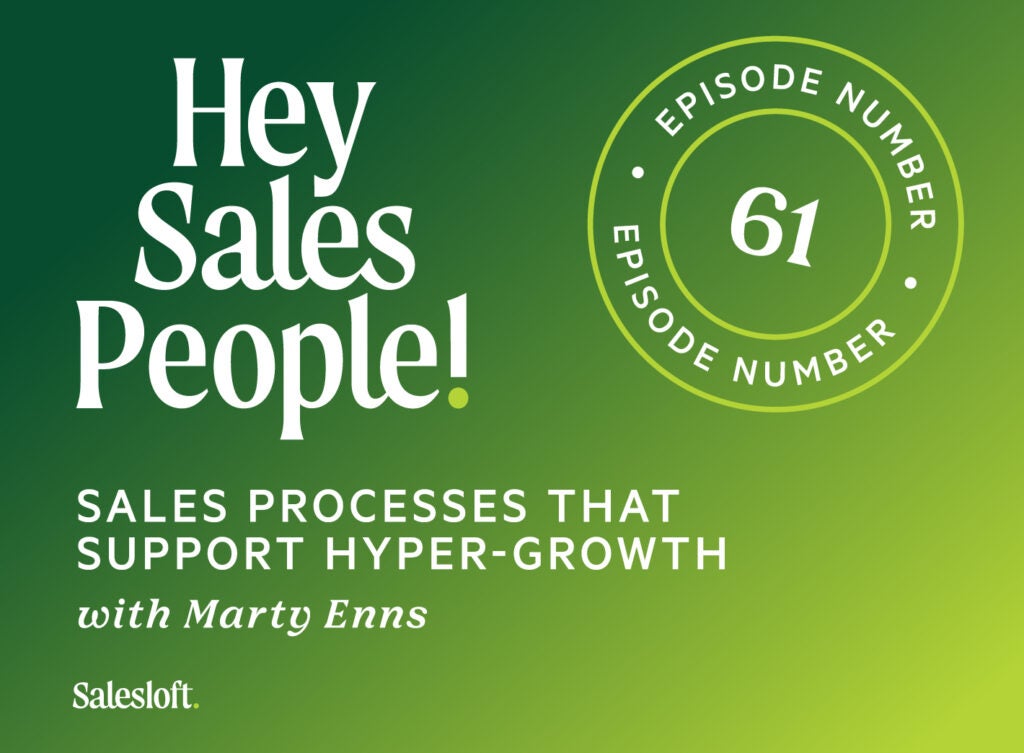 Marty Enns, VP of North America Commercial Sales at Clari, and his team have led about 2,000% growth over the last six quarters.

Naturally, Marty and Jeremey talk about what it’s like to manage and scale a hyper-growth organization. The good, the bad, and what Marty has learned along the way.

They also touch on the give-to-get relationship of buyer and seller, how to score follow-up calls, and why Marty started a book club for his team. 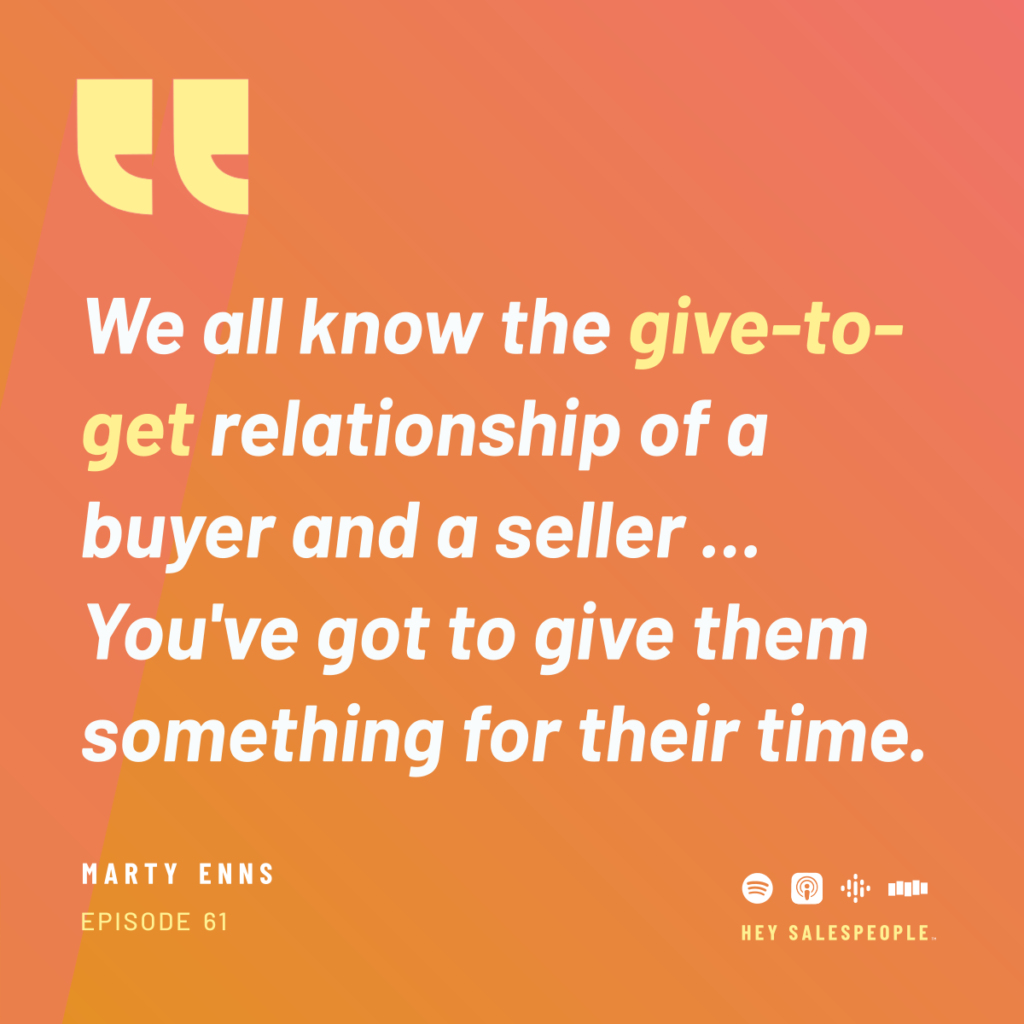 Jeremey: At Clari, do you follow a single sales process? Or like many places are you the assemblage of the bits and pieces of a little bit of Miller Heiman?

Marty: Yes, so MEDDIC is our sales process and methodology. And so we’ve added a P with MEDDPIC. So we call it MEDDPIC here but P is paperwork, right?

So in your in the final stages of the deal, you know, mapping out the path to paper and signature. So that’s one part of the selling process. I also built a sales process around how to move a deal from the initial discussion to close as quickly as possible.

So we have 11 steps that we follow, right, and just tactical things that we do, right to get from A to Z as quickly as we possibly can. And then we leverage MEDDPIC to support that process.

Jeremey: I guess maybe it’s because I’m so fixated on numbers. If I hear like an 11 step process for moving deals from initial discussion to close, I’m gonna have to ask you questions about that, but we’re going to suspend that for one second.

Because I also do want to ask, what’s the first thing you ever remember selling?

Marty: So when I’m 19 years old, my sister says to me, hey, there’s this small little startup company, right in San Francisco.

They just moved in and they need people badly, you should go and talk to them. So I put on the one suit that I own for weddings and funerals. And away I went to downtown San Francisco to meet with a company called Knight Rider Overnight Copy Service. I had no idea what that meant

I was young, I didn’t know anything. And so as I walked to the door, and I interview with the VP of sales at the time, they hired me on the spot. Within a couple of weeks I was in there, and as a customer service rep for a company that actually sold copies. So basically, what the deal is, is that in any city across the country, you have corporations suing each other. Right?

And the evidence back in those days in the early 90s was paper. And so you would go out and pick up you know, two boxes of paper, and you would make copies overnight and deliver them back the next morning at 9 am.

Their critical evidence would be gone for weeks on end, and a lot of times it would come back with stuff missing. Right and so we brought some professionalism to it. They put us into suits and ties, right, we created a professional sales team. And we would go out and we would sell our copy services.

We’d make it, copy it, and we’d number it with a numerical number and then make three more copies because they had multiple councils all over the country. That was millions of dollars if you can believe it.

Jeremey: So, you had mentioned earlier that you came up with this process that would be uniformly followed to follow a deal for initial discussion through the close and 11 steps. Talk to us a little bit about how you develop that and, and how you execute that.

Marty: You know, as I got into this role, I took a look at my Salesforce. So MEDDPIC is one sales process, right? Where you have to collect information, you know, who is your executive buyer?

You know, what are the metrics for making a decision, all of these different things that go along with a MEDDIC, MEDDPIC sales process methodology, which were all critical to success, right. But then there’s like the tactical stuff that you need to do, you know, primarily around vetting whether or not a deal was real.

And so this was born out of my enterprise selling days where, you know, you’d have four or five meetings, and they would just die. And then it would just go stagnant. And you’d be like, okay, what’s going on here and you’d be pounding the phones, trying to figure out how you can breathe life back into a particular deal that stalled.

Out of that came this idea of, Okay, if I build out this process, this tactical process of number one, making sure that my deck and demo are on point and I’m doing a really good job of mapping pain to value. Right.

That’s the first step in our process, right, because we’re unbudgeted. And we’re technically selling two things, our platform as well as the urgency to buy our platform.

But I’ve got to be really good at understanding their pain and mapping pain to value and then trying to understand whether or not that pain was a priority enough to take action in the near future.