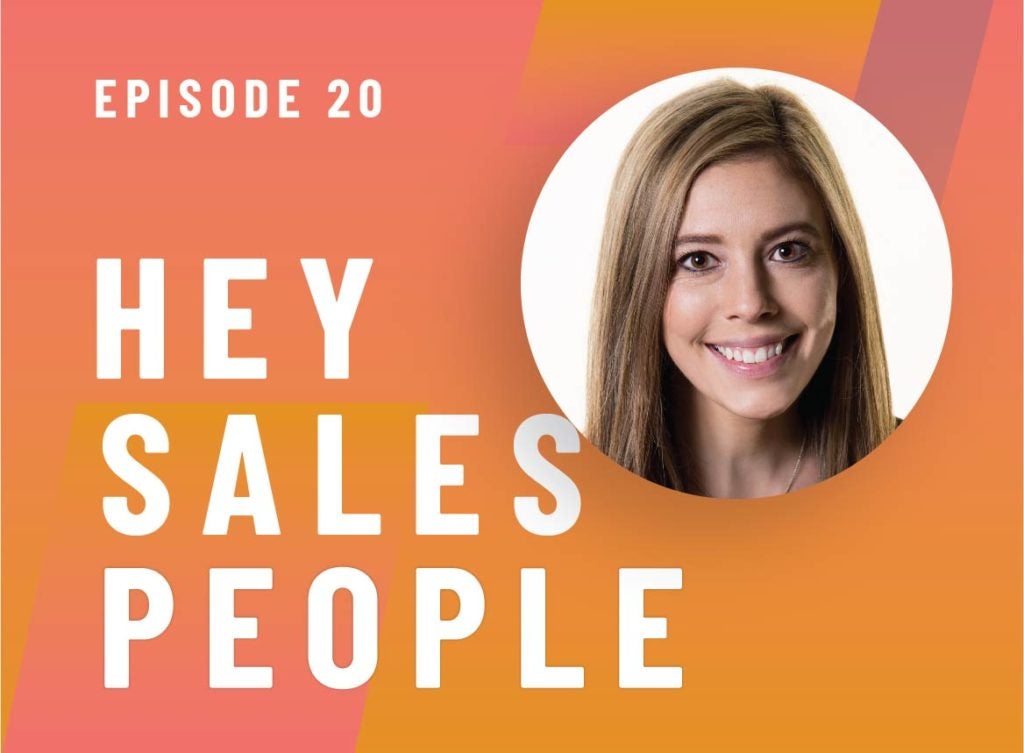 What would you do if you had to build a sales training program from the ground up?

When Tori Belkin came in as Director of Sales at Ceros, she was tasked with building the sales training program from scratch. Learn how she approached it and the three strategy pillars she’s employed to scale the sales function. 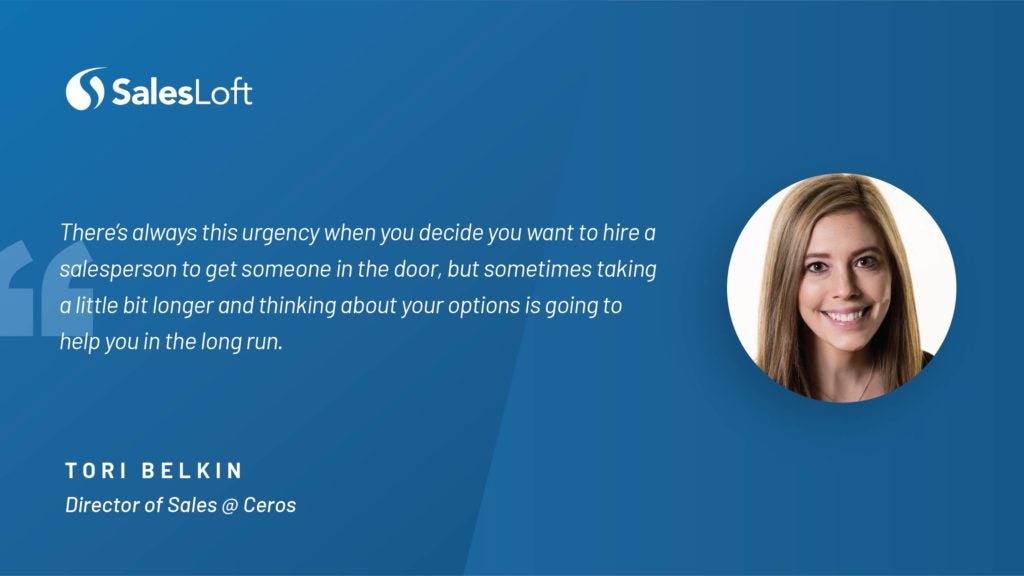 What to Look for in a Sales Hire

Jeremey: What do you look for when you hire? What are the green lights and red lights as you’re hiring?

Tori: Coachability is my number one thing. I always want to hear examples of what a  rep that I’m talking to an interview has been working on with their current manager, where they were before, and where they feel like they’ve gotten. I think that that is the number one driving factor. I also want to find someone who is independent and consistent.

Additionally, I want someone that has a genuine curiosity. That’s really a skill you need to have in sales. You want reps that get on the phone and listen to their prospects and actually want to learn and are genuinely curious. Then, they’ll want to ask those discovery questions, the ones that we need to understand if it’s going to be a good fit or not.

Assessing Coachability and Curiosity in Hiring

Jeremey: How do you actually go about assessing coachability in the hiring process?

Tori: In terms of coachability, reading through scenarios with them again. Asking, ‘what are you working on with your manager currently? Where did you start? Can you give me examples of how you implemented it?” I feel like having them tell real stories about where they were and what they’ve been working on, shows you their coachability level.

Jeremey: What about curiosity? How do you test for curiosity?

Tori: We usually base that one off of the questions that they come prepared with. If they come with blanket interview questions that are not really tailored to Ceros, then they’re not genuinely curious. You want them to come in with a baseline understanding, obviously having done the research That’s another thing that we look for – how well are they prepared for the interview? That’s a good indication of how prepared they’ll be as a rep. Are they asking genuinely curious questions about the product, the team, how we’re scaling vision, the future… all of that. Then also the follow-through. We look for genuine curiosity in the follow-up email, as well as a measure of how much they actually took in.

Jeremey: What are the processes you’ve modified as you scaled up the sales team?

Tori: We scale up our process for how to learn how to sell using technology. I put that all on Lessonly. The biggest process I put into place that didn’t exist before was how we get reps on the phone; defining the checkpoints that they have to get through in order to get on the phone.

Obviously, when a new rep starts they’re really anxious. They want to start closing their first deals. Making sure that they know enough to have intelligent conversations the moment that we do put them on the phone is important. A lot of that is in Lessonly. We also do mock calls with a few other people internally. That process wasn’t in existence before last year, if you can believe it.

Jeremey: Yeah, I can’t believe it. I think a lot of places are growing quickly. Things happen in an ad hoc way. And managers themselves are tasked with figuring out how to do things. It’s only as the company evolves and matures that they realize that consistency and certification matters… with a rubric and a checklist.

Tori: Exactly. The other process that I put in place for my team was consistent weekly check-ins. Some reps like that, some don’t. I found it helpful to have the rep decide what they want to cover in their 30 minutes with me once a week. It could either be picking a call that they want to review, strategize more in detail about deals that we didn’t get to, pipeline review, or whatever that is.

Having consistent check-in points with each rep individually, and holding each other accountable, to actually make that meeting happen every week has been super important and super helpful as we’ve been scaling up the team.

Jeremey: I got a great tip on one on ones from a person who works at CB Insights. It’s so simple. I’m sure it’s a universal thing and probably doesn’t sound very novel, but it’s to keep a running Google Doc that has the running 1:1 list.

He made sure that there was this evergreen part of it that said, “Here is what I accomplished in the last week and here’s what I’m committing to and the next week.” Then every week, you’d go back in and be able to see if you actually accomplished what you committed to. It helps calibrate people’s activity levels, but also their forecast accuracy.

Tori: I think it definitely holds them more accountable if they’re actually typing it out as a commitment and know that they have to go back to it and admit to themselves if they did it or not.