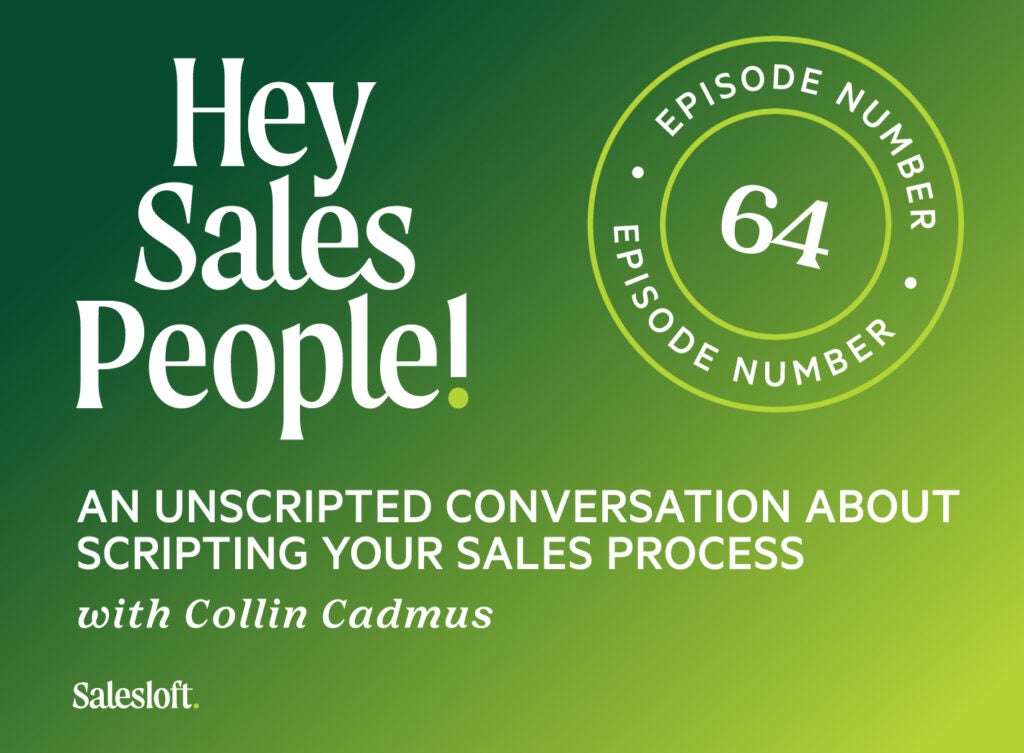 Scripting the sales process is a hot topic — one that Collin Cadmus knows very well.

His thoughts on the ways companies should strategize sticking to their playbook have evolved from his first sales role at Single Platform to his current position as VP of Sales at Aircall.

Jeremey talks with Collin about the way effective senior reps may influence your script, the difficulty of being 100% rigid with your pitch, and why posting tips on LinkedIn isn’t as corny as you may think. 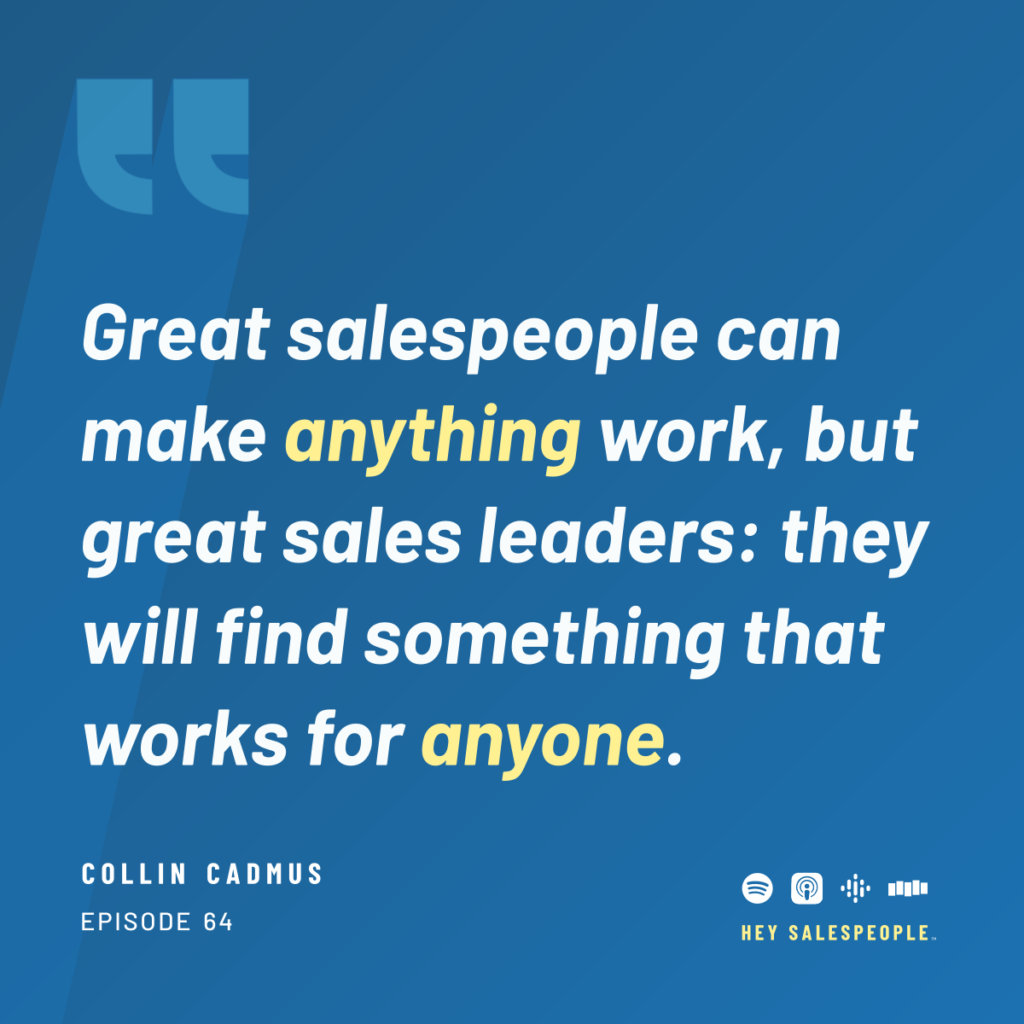 Listen here and read below for highlights from this episode:

Jeremey: Let’s talk about the topic of the day here which is scripting out of the sales process. I’m curious why you chose this because I always give our guests obviously the choice of what topic that they’re most passionate about and what about what why that topic for you?

Collin: I think it’s probably the most important topic if I have to think back to, you know, been a VP of sales is my second role as a VP of sales. And when you’re hiring in the masses, there’s nothing more important than not just scripting the words of the cold call or whatnot, but the entire process, right, putting together your entire playbook. And this was something that I learned very early on.

I was fortunate too in my first sales role at Single Platform, my VP of sales, Adam Liebman. This is the way I was taught from day one was to have a very rigid and very scripted process. And that company ended up getting acquired for $100 million. They went from 10 to about 100 salespeople in less than a year.

And you know, after seeing that work, and knowing that it works, for me, there was never any question that that was the right way to do it. And yeah, I think there’s nothing more important than being able to do that. And it’s not just about putting the right words down on paper.

It is about finding a process that not only works for your best salesperson, but that can work for anyone that you hire. Right. And I think that’s where a lot of salespeople get it wrong. Or a lot of people who aspire to be a sales leader, they don’t fully understand it, or the reps who like to kind of challenge back that they have a better way to do it than the scripted process, they lose sight of the fact that it’s not just about what works for a great salesperson.

It’s about what you can make work at scale. And so for me, it’s a hot topic. You know, I always say that great salespeople can make anything work but great sales leaders, they will find something that works for anyone.

Jeremey: Yeah, I love your statement. It’s about what you can make work at scale. One of my favorite quotes was from a CEO I worked for who said you can’t scale suck.

And he said a bunch of times I didn’t understand and then finally I went and asked him and now it’s obvious to me but if you have something that that just does not work even in the smaller teams then if you try to scale that up, it’s not going to work. I’m totally with you on that one.

Collin: Let’s say you start out with two salespeople, they figure out a process, they have something that works for them, you start to document it. And then you hire your next cohort of maybe five more people. And you try to roll out that process to them.

That’s when you start to learn does this process really work for more people are does it only work for those two people, and then you can start to fine-tune it. And this is the most important part of documenting it.

There’s a lot of benefits, right? You can train people up quickly, they have the roadmap, they can see exactly what they need to do. But when you really talk about scaling a team, you need to be able to constantly fine-tune it. And the only way you can do that is if you’re measuring the impact of little changes at a time. And without a documented process it’s impossible to just test one small change at a time, right?

If you have 10 or 20 or 50 or however many salespeople out there, they’re all saying different things.

They’re all following a different process. And each month you’re looking at your funnel metrics and you’re trying to be VP of sales. And you think you’re analyzing what you’re doing. You’re reading data that’s coming from a million different sources. And you can’t actually make any sense of that. Whereas if everything’s scripted, and it doesn’t mean that your salespeople are robots, it doesn’t mean you’re not teaching them to think dynamically. And to fill in the blanks and tailor the process to who they’re speaking to, that all comes along with it.

But if you’re able to test one change to the process, whether it’s a new opening line for your cold call, or whether it’s changing the order of your sales process or involving a second person in a certain stage of the process, whatever it is, if you can test it one piece at a time, measure it for two weeks, four weeks, you can actually see the impact of that exact change, the same way that marketing teams, you know, will make a tiny change to a button on your website and they measure the difference of that.

You know, that’s the science of scaling a team and I can’t imagine anyone does it without that you probably get to a point where the way you’re scaling the business is just hiring more people. And I don’t think that that the right move, you need to find a process that can scale a little bit, scale it gets a nice team together. But then you need to pause on the scaling in terms of hiring, and you need to fine-tune the process before you go through that next phase of rapid hiring.

I think a lot of people get that wrong. So for me, again, it all comes back to scripting to do that effectively.