In this episode, Winning By Design’s founder, Jacco van der Kooij, talks about who is really responsible when sales teams don’t make quota… and it’s not the rookie reps.  He lays out the techniques sellers should be able to move between in order to break open an account, and why it took him until his mid-30s to feel comfortable with it.

Jacco challenges our way of thinking about sales hiring philosophy, quota attainment, customer success compensation, and the incremental improvements you can make right now. Learn those 3 sales methodologies that salespeople need to master… and be able to switch between in 5 mins of a sales call. 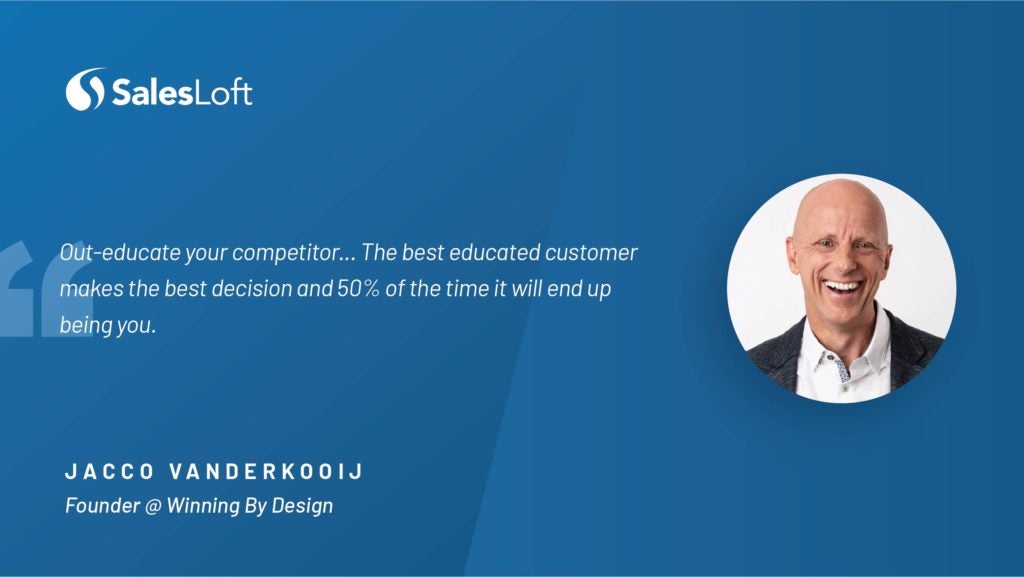 Check out this episode for answers to questions like:

Jeremey: In statistics, it’s much easier to prove correlation. There are no particular formulas that show causation. For you, what is the bar you set to feel comfortable that something is truly causation?

What if I increase my leads by 10%? Or my conversion rate from MQL to SQL increases by 10%? What if my discovery quality improvs by 10%, and therefore my yield on that improves? I improved everything by 10%. If I find seven “meat” metrics that I’m measuring along the line, then I have doubled the sales. That is the process where we’re currently are entering. Small improvements yield big impact.

A Controversial Stance on CROs

Jacco: Jeremy, what is the difference for you, between the CRO and a VP of sales?

Jeremey: For me, it’s the same thing. In theory, this area would also own marketing and customer success. But I think that’s that’s actually rarely the case.

Jacco: In most companies, a CRO is just an alpha who needed a  promotion because he didn’t want to feel threatened by any other C-level officer in the company. That’s why we promoted them to CRO, and that’s gotta stop.

As a result, if I have a CRO that is a former VP of sales, an alpha, who primarily is trying to manage people on activity… now I’ve got growth issues. This maniacal focus on securing logos has to stop if you want to start pursuing growth real seriously.

Jeremey: You do not see the ecosystem of customer success consulting and training that you see in the sales world.

Jacco: I think that that is an incredible missed opportunity. We need to train customer success in traditional and conventional sales methods. I think that could really be beneficial. Things like how to have a proper conversation, opening calls, coming to an agreement on next steps. There are a lot of things that I believe Customer Success actually does better than salespeople, that customer success people can teach sales a little bit about how to do better.

Jacco: Conversation. I think it’s absolutely key that people learn how to have a conversation. Some people in customer success have that natively, that’s why they grew into that role, but a number do not. How do you hold a proper conversation? I’ll give you an example. Talk to me a story about what you did this weekend.

Jeremey: I had a great weekend I spent some time with the family, went to the movies, did some gardening, did some reading.

Jacco: Oh, which movie did you see?

Jeremey:  I went to go see a movie that is kind of a horror movie called Midsummer.

Jacco: Midsummer – oh my gosh, I haven’t seen it. I really wanted to do it this weekend. I wanted to go see a movie actually want to do it by myself, blah, blah, blah.

Where did I take the conversation? My direction. That’s not a conversation. If I said, “Oh, what made you pick that movie? Why did you like it or not like it?” Now we’re having a conversation targeted towards you.

Jeremey: Continue to ask probing questions that lead off of the person rather than just using that as a segue into what you want to say. 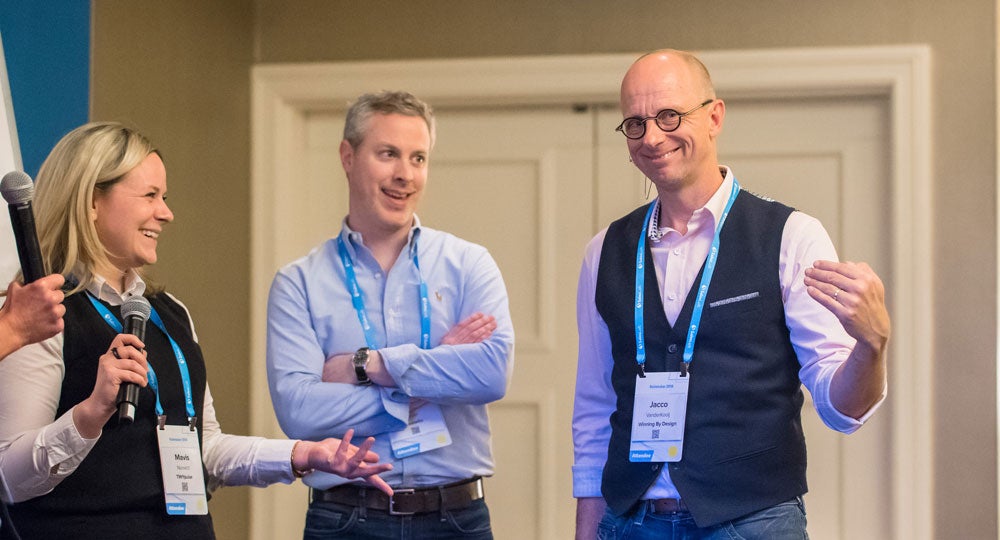 My Quota is Too High!

Jacco: We are experiencing an epidemic of non-performers against quota. I see it in three ways.

One, the average amount of non-performers as a percentage of overall is significantly less than it was 10 years ago. I used to put the marker at 80% of quota, not 100%. In sales, we’ve always wanted everybody at 100% of quota. But if everybody hits 80%, as the leader, I should be able to cover for the number I was responsible for. What we see today is that there are significantly more people missing quota. That’s one.

Secondly, the gap that they’re missing quota by is significantly bigger. Third, which is one of the most telling ones to me, is that we go from hero to zero. We commonly see that a top performer from one month does not propagate into the next month or the next month next. They literally go one month top performer and the next month they’ve flamed out. It may take them another six months to get back to being the top performer.

Those three things – more people missing the number, missing it by a larger amount, and from hero to zero – are clearly telling me that we do not have a people issue. We have a process issue. If we look back at what that process issue is, then we quickly come to the realization that these younger people are in sales positions of sales without the training.

Jeremey: The objection salespeople will commonly use is that managers and leaders are setting quotas higher and higher and higher. That can be a reason to miss quota. How would you respond to that?

Jacco: When I say we have a systemic failure, the last person I want to blame on this is the newcomer in the game. I’m not going to blame the rookie on the field for us losing the game.

If I have a 25-year-old sales professional, by all means, they are a rookie. There aren’t many that have 10 years of experience under their belt! I’m not going to blame this on them. Setting the quota is one thing, but managing them to quota is another thing.

If you are a 20-year veteran, your negotiation of quota is key skillset that you have learned and acquired over the 20 years. You often have a relationship with your boss that developed over the years as well. Clearly, that is of influence.

We have younger people in the sales team, and we need to make them productive. That is one of the top issues that we’re struggling with in sales as managers. If I look around all companies, there are two or three things that most CROs or CEOs are dealing with these days. How do I get my team to be productive?

THERE’S A LOT MORE AFTER THIS! Listen to the full podcast for more on driving strategy.