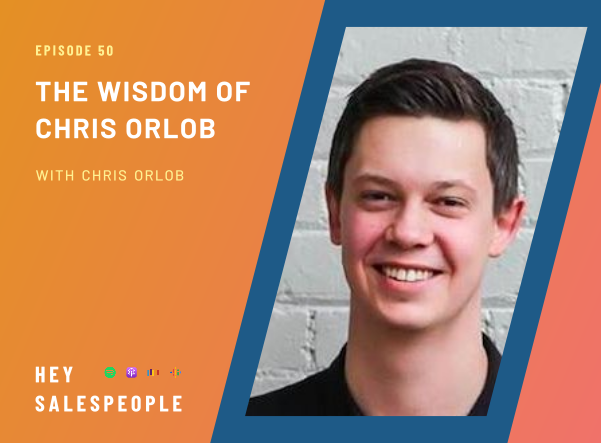 In this milestone episode, Gong.io’s Director of Sales Chris Orlob and resident sales nerd Jeremey Donovan talk about what it really means for sales to be a chainlink system, what habits differentiate the top 10% of salespeople, and actionable advice to improve your selling game.

We couldn’t let Chris leave without discussing a healthy dose of fascinating sales stats, so make sure to tune in to jot them all down! 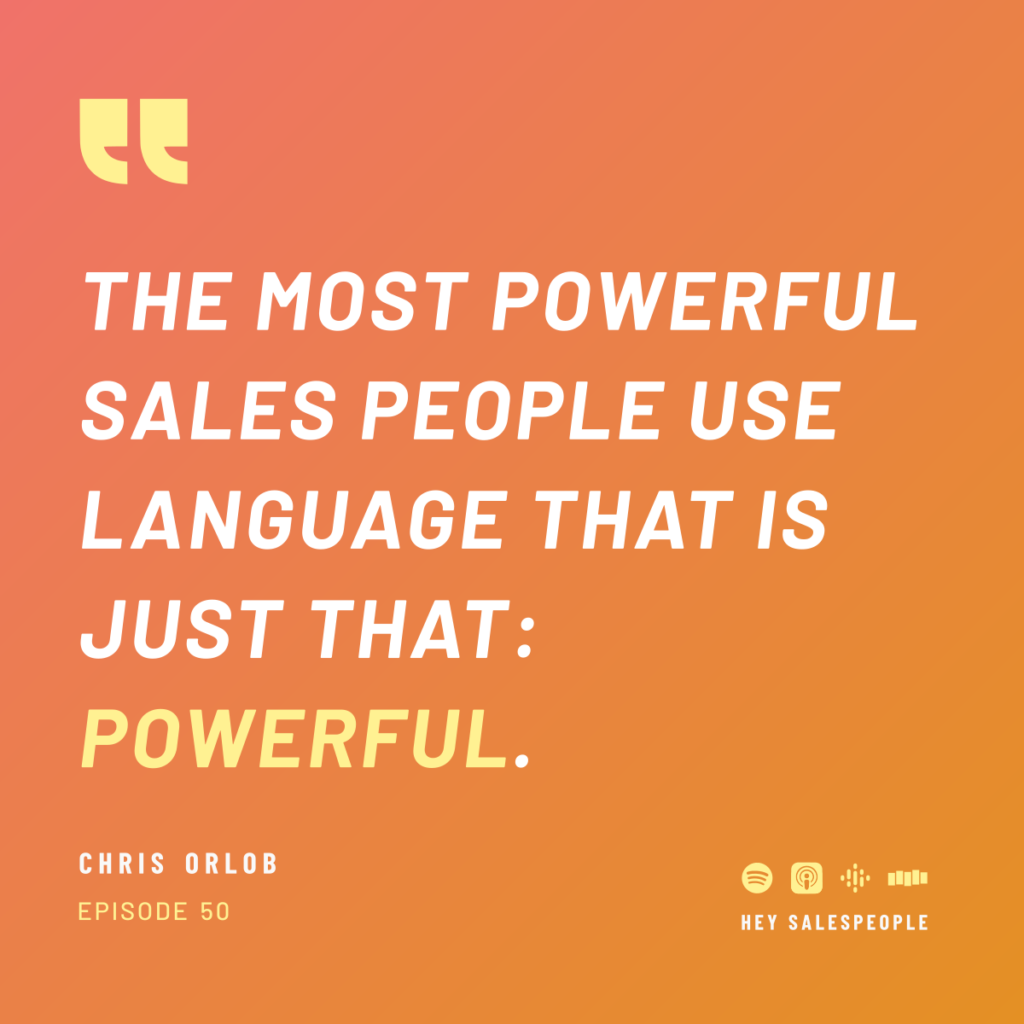 Jeremey: Let’s get into the heart and soul of what we’re going to chat about today, which again, you know, you put out this really amazing post about sales being a chain link system. So what do you mean by that?

Chris: So a chain link system or a system that has chain-link logic behind it, that is where it has a bunch of different components and the performance of the system in a chain-link system is limited by the weakest link.

So a military convoy is a great example of a system with chain-link logic. You’ve got six or seven vehicles all moving together in the convoy and the speed of the convoy is not the fastest vehicle; it’s limited by the slowest vehicle because they’ve all got to travel in a pack. So selling skills depending on how narrowly or broadly you zoom in to define selling skills, they are a chain link system.

So if you think about the core pillars of what makes a great set of sales skills, you’ve got things like discovery, you’ve got things like prospecting, and objection handling, and presenting and negotiation. And what ends up happening is, if you’re particularly weak in one of those areas of selling, then it really doesn’t matter much. I wouldn’t say it doesn’t matter at all. But it doesn’t matter as much if you improve the other elements of your skillset, because your success is then going to be limited by your weakest link.

So that’s what I mean by the chain-link system.

Jeremey: Got it. Yeah, you know what I first read my early objection was, but sales is not linear, right? But it doesn’t need to be linear, right, is that you can go back and forth between different elements. And still, if you’re weak, for example, at objection handling, that is your weakest link.

Chris: Yeah, it’s a very dynamic skill set because you’re going to be having to bounce around different flavors of conversation, you know, pitching, asking questions, working through objections and you know, kind of tough negotiating circumstances, if you’re not able to fluidly address each of those scenarios throughout a sales process, then you will lose more deals than you should.

What Differentiates the Cream of the Crop?

Jeremey: Let’s talk to that a second, is like the difference in performance between the top salespeople and you know, your average or bottom salespeople?

Chris: Well, I think there’s a compounding nature to building your skillset and sales. The article probably spelled it out to be a little bit more binary than I should have, where it said, you know, star salespeople do not have superpowers. They don’t have like a single sales skill that they’re like absolutely excellent at. Sometimes they do, but the real power in sales comes from when you’re just a little bit better at every area of selling.

So these little differences spread through leverage points, they seem almost imperceptible, but they lead to dramatically different results

Jeremey: I was listening to or reading some other content recently having nothing to do with sales, but it was somebody was talking about coders. And they said, unlike other areas where the difference in performance is not all that big, like you know, the best runner and the second-best runner or even the best runner and the average runner, you know, you’re talking about sometimes fractions of a second of difference.

Whereas the best coders can be, I don’t know 10 X or 100 X more productive. If you compare that to the sales world, a sales executive who probably goes on a performance plan and possibly gets exited from the business would be someone who may be hit 50% of quota. And your superstars are usually saying 200% of quota.

Chris: Part of the thinking that needs to go behind that is those are the end results rather than the things that are driving those results. So that top seller who’s doing 200% of the quota is probably not four or five times better at selling than the person who’s only doing 50% better. It’s very similar to golf. The person who takes first prize in the PGA is only like 1.9 strokes better than the person who takes fifth or 10th place, but they get I think it was like seven times the prize money.

So it’s like this small difference. It’s kind of like a horse race too, that’s another example, of first place horse in a horse race wins by a nose but the reward is totally outsized in terms of prize money goes.