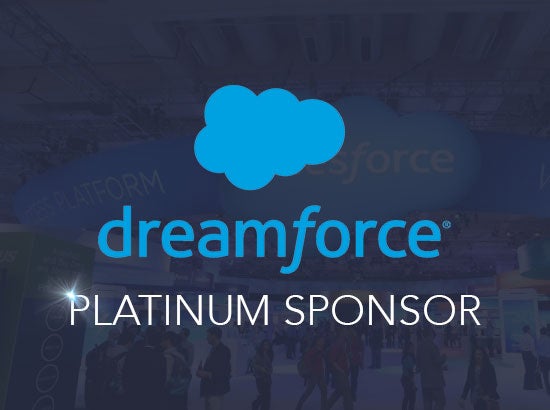 Dreamforce is the tech industry’s biggest stage. Each year, the conference serves as a showcase of the industry’s most promising companies. But in a period of four years, only two Atlanta-based startups have graced the ranks of Platinum level sponsors, with Pardot being the first in 2012, shortly before they were acquired by Salesforce. But that’s all about to change.

Today Salesloft is excited to announce we are going Platinum at Dreamforce 2016.

While it’s an honor to grace the ranks of the industry’s best companies, Dreamforce has been a part of our company’s history since the beginning. For the past few years Dreamforce has been where our personality shines through, and this year we’re doing it on the biggest stage in our history.

This is the story of how we got here…

It is June 2014, Salesloft was just 15 employees deep, we had six figures on the revenue dashboard, and we were just one of many bootstrapped startups bursting onto the tech scene in Atlanta. But we knew we stood apart in that community, even in Silicon Valley, and had the potential to shatter all expectations of scaling and thriving. Our team’s story stood at the intersection of innovation and opportunity, at an innovation center that breathed life into the walls, power into lines of code, and drive into its people.

It’s a story we knew we had to tell… and a stage that attracted over 120,000 attendees to the largest software conference in the world was too much to resist. So we went to Dreamforce.

Holding a contract for the smallest exhibitors booth Dreamforce offered, and with less conference experience collectively than we had budget, we did what we do best, we took a chance and pushed the boundaries of what the industry had seen and expected.

So, we headed off to Dreamforce with a grand total of five employees. Oh, and one amazing doppelganger of Salesforce’s CEO, Marc Benioff. We wrote about it here.

People are still talking about it today. It’s a story that I know I will tell for years to come. It’s an uninterrupted tale to be told at tech meetups and startup panel sessions. It’s a story that potential job applicants still reference in their cover letters. It’s a post I’ll share at every plausible throwback opportunity. 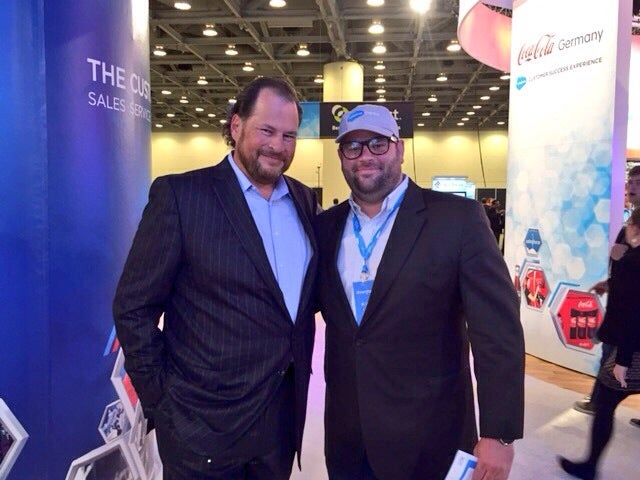 Fast forward six months and Salesloft announces $10+ Million Series A funding. It would pour fuel on the marketing fire that engulfed the startup ecosystem.

And it also begged the question…

What will Salesloft do at Dreamforce in 2015?

Our impact the previous year set the bar high and the pressure was on. It’s not in our company’s DNA to settle for one victory. We are always striving to push ourselves and the industry further. So we had to execute a guerilla marketing campaign that shattered all expectations and fanfare of the previous year.

Yeah. Go ahead and top that one, team. Get your whiteboard and markers, sit in a room and come up with the most brilliant idea that’s never been done. Grab a beer and order a pizza if you need to (we could still feed an entire team with two pizzas). Nothing like asking a marketing team to make it go viral.

No idea was too outrageous, and no strategy was too far-fetched for us to accomplish. Which is how we found ourselves leading a faux Presidential campaign for Marc Benioff. We launched Benioff 2020 from the startup streets of the South. And watched our idea, once again, take over the streets of San Francisco for a week.

We printed thousands of pins, flags, and collateral that would send San Francisco into a state of political correctness, for their hometown hero would emerge as a candidate who would make sales great again (I swear this was WELL before our current political situation).

We rallied behind our candidate, our cause, and our people hustling buttons on the streets of San Francisco.

Some things went right. Somethings went wrong. But we owned it all the same.

It’s still a good story. It’s the story I tell on panels when I’m asked; If I knew then what I know now… or What’s the biggest lesson you’ve learned in your career? Money guns are always a bad idea.

We were a little more restrained, but no less provocative. We were growing up fast as a company and our presence at Dreamforce reflected that.

To a certain extent, the answer is easy. We do what we’ve always done: we push the limits of the industry and highlight the customers that got us there.

We’ll be laser-focused all week on helping sales professionals modernize their sales teams with better alignment between sales operations professionals and sales development reps. We’ll be demoing our new UI and new features that will make our already happy customers ecstatic. But all of that comes secondary to one thing: you.

We wouldn’t be where we are today without our customers, plain and simple. Dreamforce will be all about showing our love and appreciation for the customers with:

But that’s not all. We want to extend the same amount of attention to our soon-to-be customers as well. For those considering Salesloft, we will have: