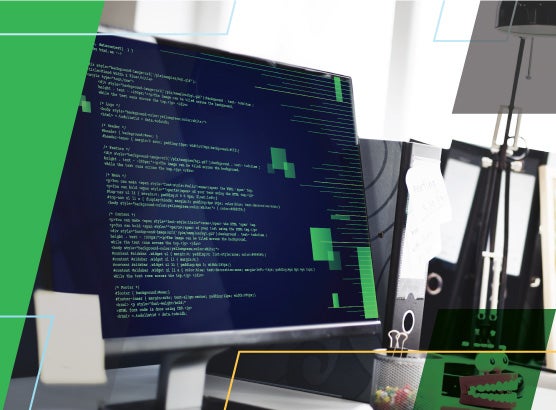 Research on 200 Million Sales Interactions Cracks the Code on Cadences

How many touches does it take to get a contact to respond? Is it better to call or email a contact when reaching out for the first time? How long should you wait before following up with a contact after your first, fifth or tenth attempt? Is there a combination of sales touches that consistently outperform the rest? These are just a few of the questions that keep our customers and Salesloft’s Lead Data Scientist, Roi Ceren, up at night.

Over the course of the past year, Ceren has analyzed more than 200 million sales interactions which have occurred on the Salesloft Platform since January 2016. He was looking for answers to many of these questions. More significantly, with support from Salesloft’s Chief Technology Officer Scott Mitchell, Ceren has been working on a framework for analyzing the behaviors of salespeople and their interactions with contacts. His goal is to develop the basis for machine learning which can predict the effectiveness of any series of sales interactions.

Ceren and Mitchell have published their research in an academic paper titled, “On Deriving Cadences via Engagement Score Maximization,” which is available here. For the benefit of our readers who lack a data science, behavioral science, or advanced mathematics background, we’ve extracted some of the most interesting and relevant insights from this research in this post.

What exactly is a derived cadence? The team began their research by looking at more than 200 million sales interactions. They adjusted their sample to include the best examples of sales touches which ultimately led to a contact responding. This resulted in a total data set of over 14.5 million interactions or 2.9 million cadences. Looking at events which resulted in a contact response, the team worked backward to identify all steps in the sales process – or derive a cadence which ultimately led to successful interaction with a contact. 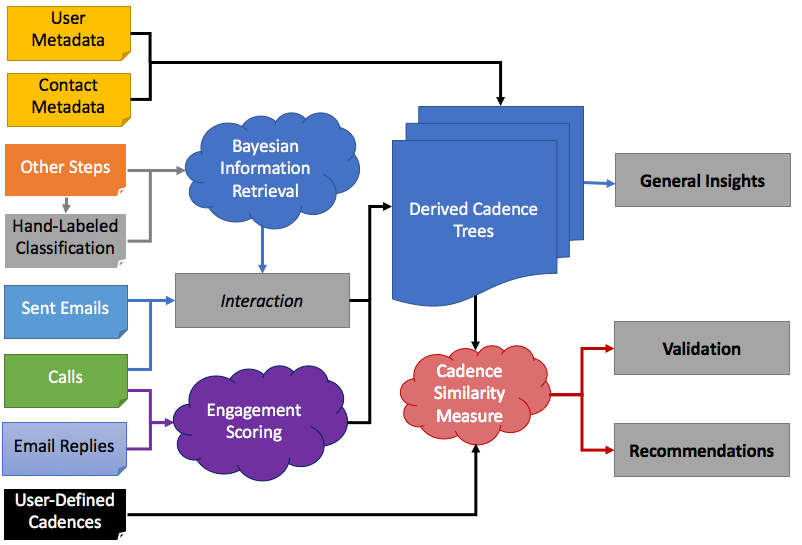 The team also analyzed the quality of responses each derived cadence generated. They assigned a value based on the time effort a contact invested in the response. For example, the length of an email response or the duration of the first phone conversation between a user and a contact. These values enable Salesloft to assign an engagement score for each cadence.

Mapping out the series of sales actions (cadences) which led to a contact response and assigning a value to that response was key. It enabled a model to be built for analyzing the effectiveness of any cadence. It can also be used for predicting the likely success or failure of any future cadence by comparing it to historical data cataloged in the derived cadence engine.

This work will serve as the framework for analyzing human actions to inform machine learning. It enables the team to analyze and recommend improvements to make cadences more effective. This framework will be able to inform users on things like:

This framework makes it easier for Salesloft to look at its large reservoir of sales interaction data and find answers faster. To illustrate this point, let’s explore some of the insights the team discovered through this research effort.

Sales cadences have been primarily built based on gut and instincts. At best, they’re based on informed opinions about the ideal formula for sales touches. With this research, Salesloft is able to provide more mathematical, well-founded insights into the behavioral outcomes of actual cadences used to generate responses from contacts, not opinion.

Following are some of the insights the team found through its research:

Focus Your Efforts Early On
The best-performing cadences show much more effort early in the process. This typically occurs in the first two weeks of a sales process. Effort then tapered off into more infrequent touches over the life of the cadence. In other words, the frequency of sales touches should be greater early in the cadence and should extend over time.

The graphic below shows the recommended number of days to wait before following up, based on the number of sales touches which have been attempted to date. This is based on the analysis of best-performing cadences. It is a useful resource for mapping out the optimal frequency of follow-up over the duration of a cadence.

Timing Between Touches Matter
As mentioned above, the timing between sales touches matters. When the team analyzed the effects of doubling, halving, or evening out touches in a cadence, all had a negative impact on the engagement score as follows:

The charts below illustrate how sales interactions for the best 100 cadences were distributed over the duration of the cadence.

The key takeaway here is to balance sales touches over the course of the cadence using the guidance above. Have more frequent interaction early in the cadence, and be deliberate in extending the time between each touch to optimize the cadence.

Avoid Bursts of Activity
As an extension of the last insight, the team also found cadences that followed a set pattern of activity, like every five days in the example below, underperformed the best 100 cadences above, which more evenly distributed sales touches.

For illustration, the graphic below shows a random selection of actual cadences on the Salesloft Platform (versus the best 100 cadences illustrated in the last section). Sales touches in these cadences peaked every five days. These random cadences, while effective, significantly underperformed the best examples shared above – where sales touches were more evenly distributed.

Channel Diversity Matters
We’ve already mentioned the benefits of leveraging multiple channels. A phone call and email on the first day of a cadence, for example. In many of the best-performing cadences, the team found multiple instances of two or more sales touches at later stages in a cadence. This is where reps used two or more channels when reaching out to a contact.

The big picture is important here. Phone is the most effective for the first touch. However, the best performing cadences all feature multiple channels. This suggests channel variety is an important factor in determining cadence success.

Long, email-only cadences showed the least reduction. However, it still had a significant negative impact on the success rate of the cadence. This experiment further validates the importance of channel variety in a cadence.

The team focused only on phone and email in this exercise. Other experiments showed even stronger results when adding in other channels like direct mail or social media touches.

The Future of Sales Engagement

This is just the beginning in terms of how Salesloft will be able to use this framework to help provide better buying experiences. Obviously, there are many factors that influence sales effectiveness. This research provides glimpses into how analyses of sales behaviors combined with data-science can expose insights that can make us better sellers, and provide better buying experiences for our customers. We’re excited about the near-future possibilities of the Salesloft platform being able to analyze cadences. We will determine their probability of success, or recommend adjustments to improve cadence performance over time.

Whatever you do, keep the end goal in mind. Your sales team should always seek to provide prospects with a more authentic, human experience… and to inspire a response. Check out this eBook for some good ways to accomplish that. 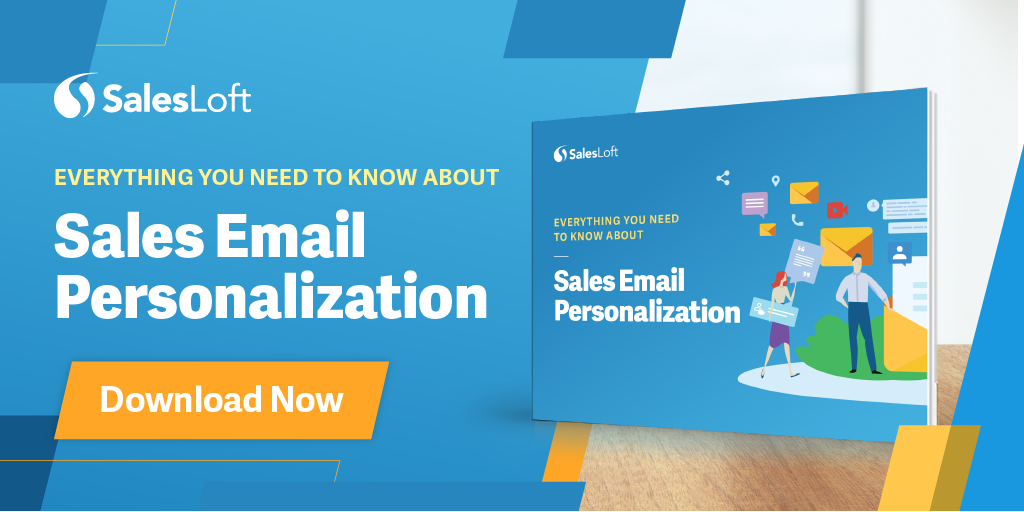