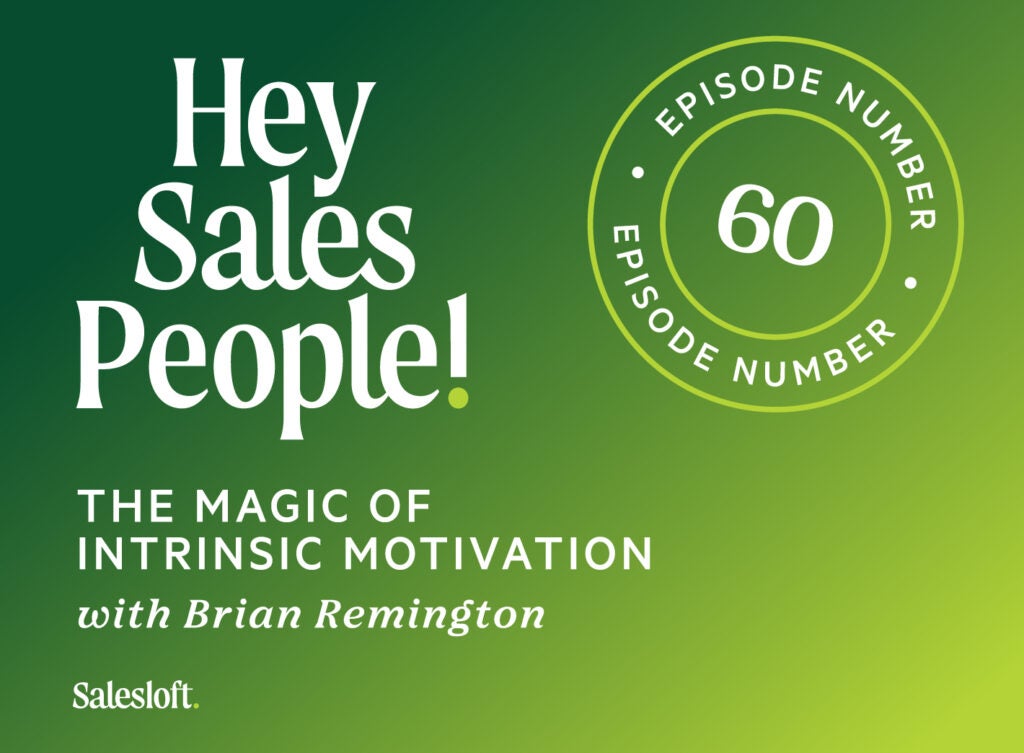 Why should you pause before answering a question… even if you know the answer?

How do you motivate sales professionals so that their drive doesn’t need to be continually fed?

If there are three frogs on a log and one decides to jump off, how many are left?

Brian Remington, an experienced sales leader, and mentor has the answers to all three in this episode of the Hey Salespeople Podcast. 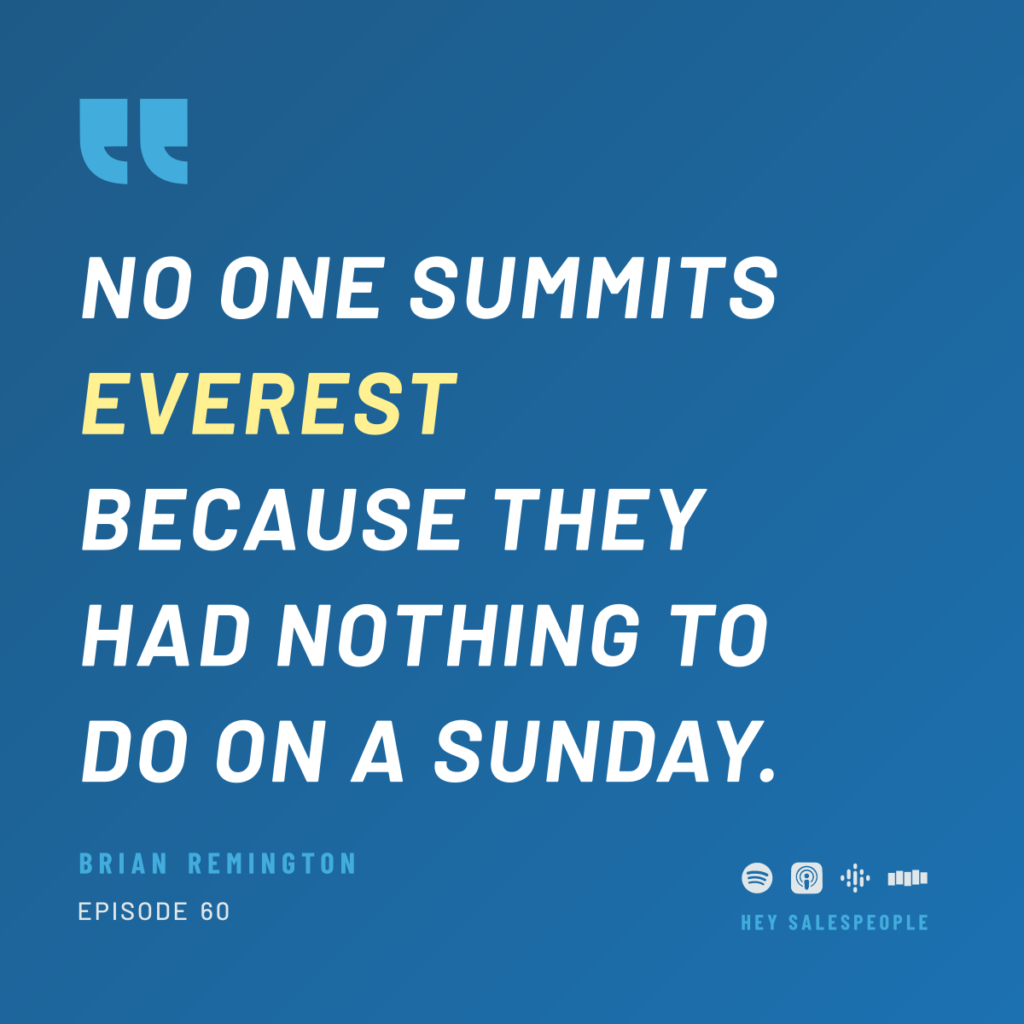 Jeremey: Let’s use that to transition into specifically how those concepts apply to motivating early career sales professionals. Talk to me a little bit about some of the challenges you faced, and how you’ve worked through those challenges?

Brian: So there are three frogs on the log and I say this to all my reps in their first introduction to my team, one of them decides to jump off how many frogs are left. Of course, the answer is incorrect usually, but there are three remaining because the thought of jumping off and the action of jumping off are two completely different things.

Deciding to do something and actually executing on it and putting a smart plan together are completely separate as you move into the business world. And that’s really hard early on for people to realize.

I align it then to the fact that you know, I have a methodology called what’s your Everest, right? And it just really comes down to, you got to figure out what your Everest is, I don’t even care what it is.

It could be taking my job down the road, it could be owning a Bugatti, it could be buying a Labradoodle, I don’t care, whatever that thing is, that’s what we’re going to put as your Everest, then we’re going to deal with all that down to today and put together a nice plan that has all of these base camps. And we’re going to focus on getting to base camp one, we’re not going to talk about base camp three, all those other things.

But we say hey, I really want to do this thing, but then we never actually go back and figure out very small, achievable goals that will continually bring us to that summit.

But the last most important part here is it’s, you know, no one summits Everest because they had nothing to do on a Sunday. It’s because it’s a life dream to get there.

No one summits Everest because they had nothing to do on a Sunday.

So whatever that motivation is, it’s intrinsically motivated. The motivation that I don’t have to continually feed. It’s something that every single day whether I’m here or not, whether it’s raining, whether your AE’s being a jerk to you, you’re going to make sure you drive a step closer to that goal because it’s your intrinsic goal, not mine, not your at AE’s, not something that society or the internet told you you needed to do.

Jeremey: That might be useful to go through a little bit of like, what your base camps were. You went to UC Berkeley and then found your way into sales. So and worked your way up from individual sales, contributor sales, management roles inside of significant companies, right, Salesforce, LinkedIn, New Relic, right?

These are all major names in the space. So what were some of the base camps that you set along the way?

But you know, I’ve had many positive things happen in my life that put me in many amazing situations. Because I chose the right, I like to call it my own board of directors to influence the directions and the things that I did. And it starts with my father, right, never choose the easy route, because the one that’s harder probably will teach you more and open up the next up more opportunities the next time.

So it always made my next base camp like, oh, wow, I didn’t even realize this would happen. Going to Berkeley was a great example. And I was lucky to have been an athlete that got a lot of attention in college, had the opportunity to go to a lot of different places and chose Berkeley because it scared the living heck out of me.

It was a place that I knew that I would not be able to go and coast. And it immediately explained to me that were so many more things in the world that I didn’t know about. And the dormant side of my brain, which was the logical side all of a sudden woke up and said, holy crap.

Hey, I’m in here and I want equitable time now. So that’s really where I learned you know, the neuro-linguistic programming or NLP sort of mentality around making sure that you are giving the logical side and the emotional side equitable time in your life and that is sometimes when you’re comfortable, run to the next thing.

My first base camp was really about deciding what I wanted to do but locking it in. That was when I really decided the sales was the right direction for me.

I was very lucky again to start at a smaller company, a value-added reseller called Inchware in the early days where I was given an opportunity to travel and do a lot of things that again scared me but going to Salesforce was really the transformational base camp for me.